Netanyahu: Arab ‘street’ may one day soften on Israel 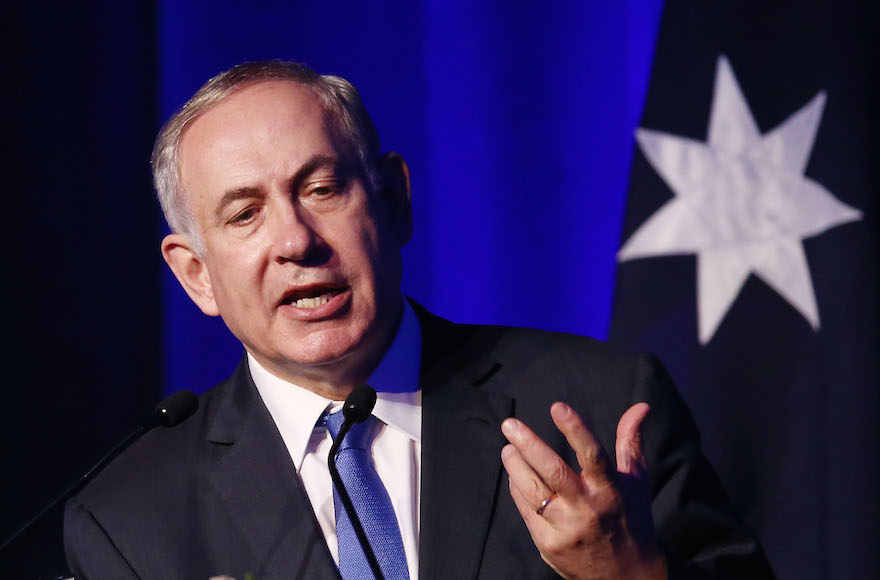 Shared interests of crushing the rise of Islamist terrorist groups “may eventually open the door not only for changing the relations of governments abut also to change the perception of Israel in the Arab street,” Netanyahu said in a conversation with five alumni of an American Jewish Committee Israel advocacy training program.

A video of the conversation, filmed recently in Jerusalem, was screened Tuesday at the annual AJC conference in Washington.

“In parts of the Arab world, Israel is no longer the demon it once was — we take a back seat to some of these forces” Netanyahu said, referring to the Islamist terrorist groups.

The AJC program, Leaders for Tomorrow, brought five incoming college freshmen to meet with Netanyahu. The Israeli prime minister called college campuses “bubbles” that can inhibit young Jews from seeing Israel as a nation advocating not only for peace and stability, but also for technological and economic investments.

He closed with a simple statement for the aspiring leaders: “Stand up for the truth. Stand up for Israel. Be proud.”