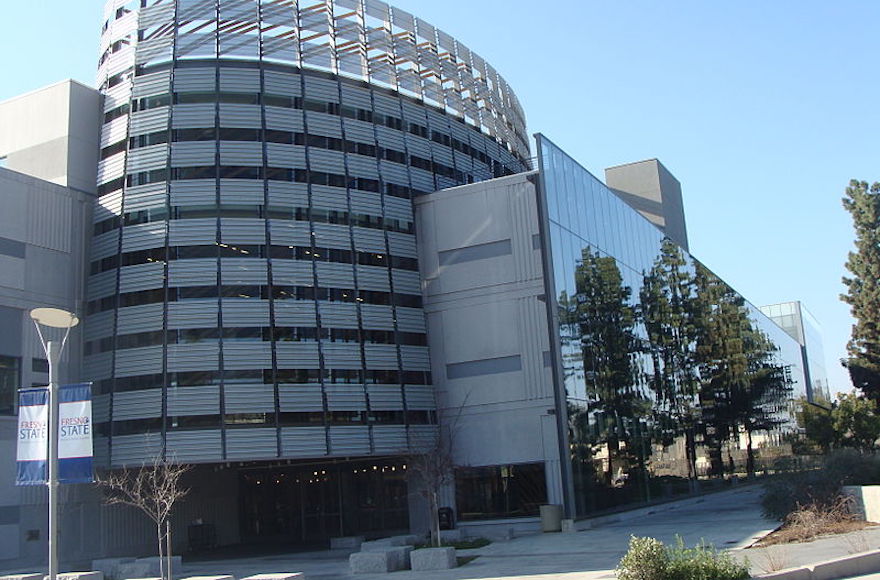 (JTA) — A professor at a central California university says pro-Israel groups pressured the school to disband a search committee for a Middle East studies professor. But local Jewish leaders cast doubt on that claim, and say they weren’t even aware the search was taking place.

The search to fill the newly created Edward Said Professorship in Middle East Studies at California State University, Fresno, was in its final stages in April, when it was canceled.

Vida Samiian, a linguistics professor at the university, said the search committee folded because pro-Israel groups and individuals objected to the politics and heritage of the four finalists. Samiian, a former dean of the school’s College of Arts and Humanities, resigned in protest.

“By closing the search, the Administration carried out the vicious and discriminatory attacks launched by Israel advocacy groups against the search committee and the four finalists who were of Middle Eastern and Palestinian ethnicity,” Samiian, who for years has been sharply critical of Israel, wrote in an open letter last month announcing her resignation, adding “the big taboo has always been and remains Israel. Any critical discussion of Israeli policies or Israel’s illegal occupation of Palestine would be met with a campaign of harassment and intimidation.”

Education professor Joe Parks, the equal employment opportunity representative on the search committee, went further — pointing a finger not only pro-Israel interests, but telling the Fresno Bee that “the search was canceled because when the finalists came to campus, the Jewish faculty complained.” 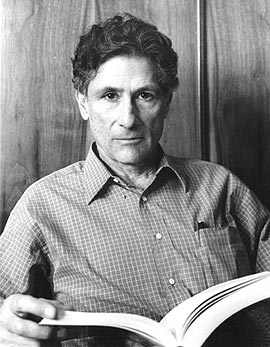 But leaders at all of the city’s major Jewish institutions dispute the allegations. They said they were unaware of the search committee until reading news articles about its cancellation. Among those who spoke with JTA, none knew of any effort by pro-Israel groups to influence the search.

“If it happened, I don’t know anything about it,” said Rabbi Rick Winer, of the Reform Temple Beth Israel, which with 300 member families is Fresno’s largest synagogue.

Winer gives guest lectures at the university, and said he’s a local point of contact for national Jewish groups. If such groups were to protest, he said, “They would normally call me and at least let me know, and even more so, usually ask to enlist the help of local Jewish organizations. The first I heard of this was the initial media report, which indicates to me that it was pretty unlikely that any well-known Jewish organizations were involved in this.”

Parks, Samiian and professor Jill Fields, who runs the school’s Jewish studies program, did not respond to JTA requests for comment.

The professorship at issue is named for Edward Said, the late Palestinian-American Columbia University literature professor and Palestinian rights activist.

The search committee was chaired by Professor Partow Hooshmandrad, the Roshan Cultural Heritage Institute Endowed Faculty in Persian Language & Culture. She was unavailable for comment.

California State University, Fresno,  also denies the allegations, saying the search committee was canceled because it was not made up of faculty from the Philosophy department, where it was to be housed. A letter from the university president also says an “unauthorized party was participating in the search committee’s deliberations, and that this party was sharing perspectives potentially influencing the committee.”

The letter, sent today from University President Joseph Castro, denies that outside pressure influenced the decision.

The selection process is slated to restart next year, according to Castro.

The controversy recalls a similar one concerning Steven Salaita, a professor who was offered a tenured position at the University of Illinois, but whose hiring was then revoked due to several controversial anti-Israel tweets he wrote. In 2015, a federal judge allowed Salaita’s lawsuit charging that the university violated its contract with him to proceed to trial. The university settled with Salaita for $600,000, plus $275,000 in legal fees.

Other Fresno-area Jewish leaders, including local Jewish federation director Phyllis Farrow; Ephraim Hajdis, president of the Conservative Congregation Beth Jacob; Cynthia Fischer, and an active lay-leader at the nearby Beit Shalom synagogue, among others, said they were not aware of the search committee.

“What she’s saying is not founded,” said Hajdis, who added that while community members have protested Samiian’s anti-Israel activism in years past, they have not done so in months.

Hajdis says Samiian has a track record of pro-Palestinian and anti-Israel activism that makes her claims unsurprising. In 2003, she participated in the campus event “Palestine Day,” which included lectures accusing Israel of apartheid. In 2014, she signed a faculty letter supporting a Boycott, Divestment and Sanctions resolution targeting Israel in a University of California union.

Fresno is a central Californian city of about 500,000, nestled in the farmlands of the San Joaquin Valley. The city is home to several thousand Jews, and Winer says the Jewish presence at the university is extremely small. Among more than 24,000 students, Winer estimates that as few as a dozen are Jewish. The tiny Jewish population, he said, generally makes Israel a non-issue on campus.

“There’s next to no conflict between the Israel lobby and the Palestinian lobby on campus because there’s no Jewish presence,” he said.