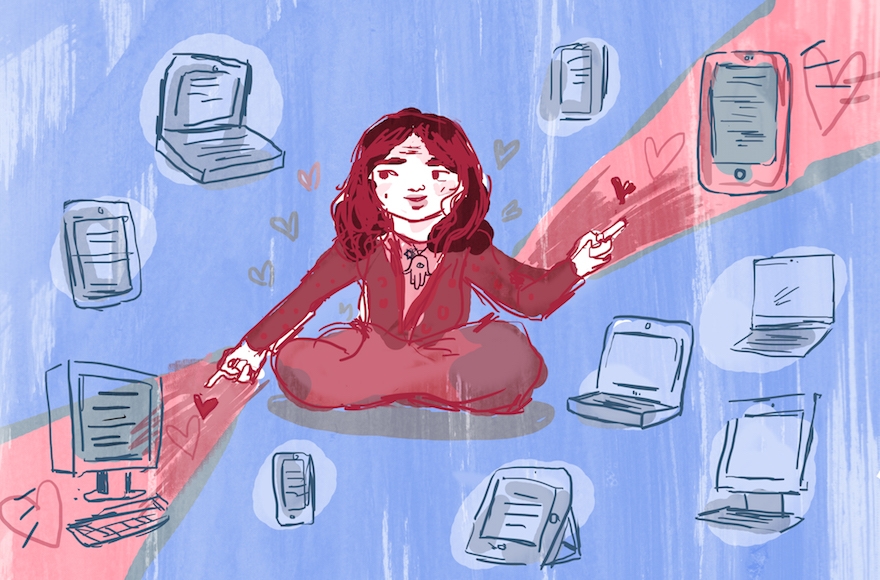 NEW YORK (JTA) — These days, there’s a dating site or app for just about any group you can imagine, from men with beards (and their admirers) to a farmers-only site. There’s even an app matches people based upon shared dislikes — as in “I saw you, too, hate paying extra for guacamole.”

But one day it dawned upon Cynthia Shamash, a New York-based dentist, that it was still hard for Mizrahi Jews, or Jews from the Middle East and North Africa, to meet each other.

Shamash, who published a book in 2015 about her Jewish family’s 1972 escape from Iraq, was traveling around the United States, giving talks about her background. Iraqi Jews who had come to hear her speak would frequently come up and introduce themselves.

“We are so dispersed,” she told JTA. “They felt a connection.”

These conversations got Shamash, 53, thinking about how the next generation of Jews of Iraqi descent would stay connected to their heritage.

“I thought the way to perhaps make things approachable for their children,” she said. “I sensed that they would have liked the children to meet Mizrahi Jews, but geographical issues are a problem, [and] it wasn’t going to happen.”

She thought that connections made online could be the answer. 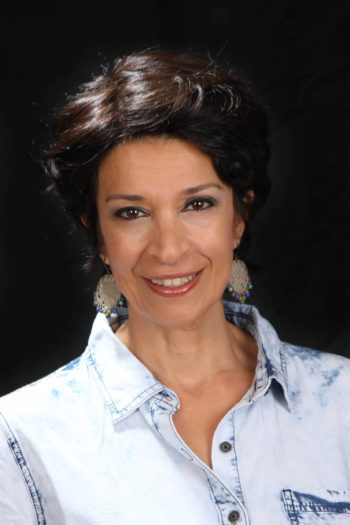 To that end, Shamash launched Eldelala — which means “the matchmaker” in Arabic — in April. So far, the site has only about 50 members from around the world, including from the U.S., Canada, England, the Netherlands, and Sweden — who range in age from 21 to 72. Shamash is hoping to introduce the site in Israel as well.

Initially, she intended the website to be only for Jews of Iraqi descent, but shortly after its launch, she decided to expand it to all Mizrahi Jews. Current members trace their family histories to countries including Iran, Iraq, Lebanon, Syria and Morocco.

The site works a little bit differently than dating apps such as Tinder, in which users swipe “yes” or “no” on profiles that provide scant information other than photos. On Eldelala, users answer a questionnaire about themselves regarding topics such as religious observance, willingness to relocate and what they are looking for in a partner.

Matches are made the old-fashioned way — by Shamash and two other matchmakers, who read the profiles and introduce members whom they think are compatible.

Sharon Arazi, a 28-year-old retail manager from Great Neck, New York, has Iraqi, Syrian and Lebanese ancestry. She signed up for Eldelala in May because she prefers to date someone who shares her Mizrahi background, she said, noting common food, music and mentalities. “We understand each other, so that would be important to me,” Arazi said.

She said she is drawn to how the site uses real-life matchmakers, as opposed to algorithms.

“I really like the idea of matchmaking,” she said. “I find it very difficult to meet people out and about.”

Arazi has already received two suggested matches from Shamash. She declined to meet the first match after realizing that he was much more observant than she was, but she is hoping to meet a second possible suitor soon. (Out of the handful of matches Eldelala has initiated since April, one is still in touch, according to Shamash.)

Arazi tried other dating platforms without success, she said. At the moment, she’s using only Eldelala and Sephardic Connection, a site run by Torah Ohr Hebrew Academy in Great Neck.

Around half of Eldelala still-small user base indicates that they would be willing to relocate for love.

“That’s pretty telling of how important it is to them” to find a partner with a shared background, Shamash said.

Still, Shamash’s goal is not to discourage marriage between Jews of Middle Eastern descent and those from other backgrounds, she said, pointing out that she has been married to her husband, an Ashkenazi Jew, for 25 years.

“I didn’t make it in any way so there should be no mixing [between Mizrahi and non-Mizrahi Jews],” she said. “I just believe that this availability should be there.”

Members do not have to be 100 percent Mizrahi to join the site — in fact, Eldelala is open to Jews of other backgrounds who are interested in Mizrahi culture.

The site will remain free until December, when it will cost $20 per month. But Shamash said that no one will be excluded from joining the site due to financial constraints.

Ultimately Shamash — who has not returned her native Iraq since leaving as a refugee — sees Eldelala as a way to connect Mizrahi Jews who are no longer living in their home countries. She explained: “If we don’t have the land under our feet and we’re floating — it’s a culture that is floating and dispersed — why not use [technology] as the ground under our feet, and find each other?”