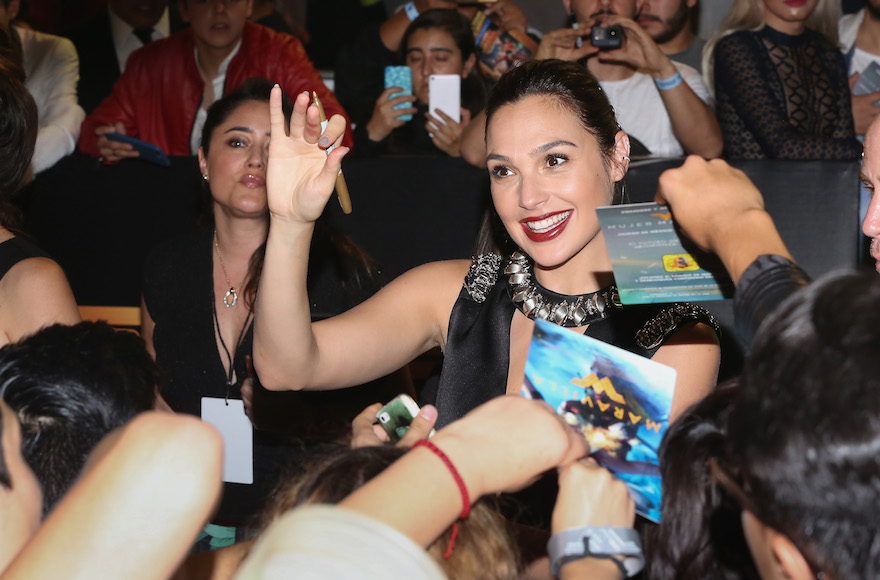 TEL AVIV (JTA) – Is it possible that Israelis could fall even more in love with Gal Gadot, its homegrown Wonder Woman?

The answer this week is a resounding yes.

On Thursday, the star of the new blockbuster responded, on Facebook, to a young Israeli girl’s endearing handwritten fan letter.

Gadot called the 7-year-old, Zoey Vardi-Bar, “clever and creative” and sent her a “big hug.” The exchange between the leading lady and her fan quickly went viral in Israel, adding to what is already a national infatuation.

The girl’s mom, Liat Vardi-Bar, posted a photo of the note Monday on Facebook. She described Zoey as a feminist and a big fan of heroines, including Wonder Woman — and the 7-year-old, disappointed by the lack of Gadot-themed merchandise at Israeli stores, had left a note on the subject on the kitchen table that morning.

“Dear Gal,” Zoey wrote in blue and red marker, with some spelling and grammar errors. “I love Wonder Woman very much, meaning you. So if you don’t mind? Could you please produce games, pajamas and surfboards of Wonder Woman. With love Zoey Vardi Bar. I am 7 1/2 years old.”

In the middle of the note, she wrote Gal Gadot’s name surrounded by hearts. 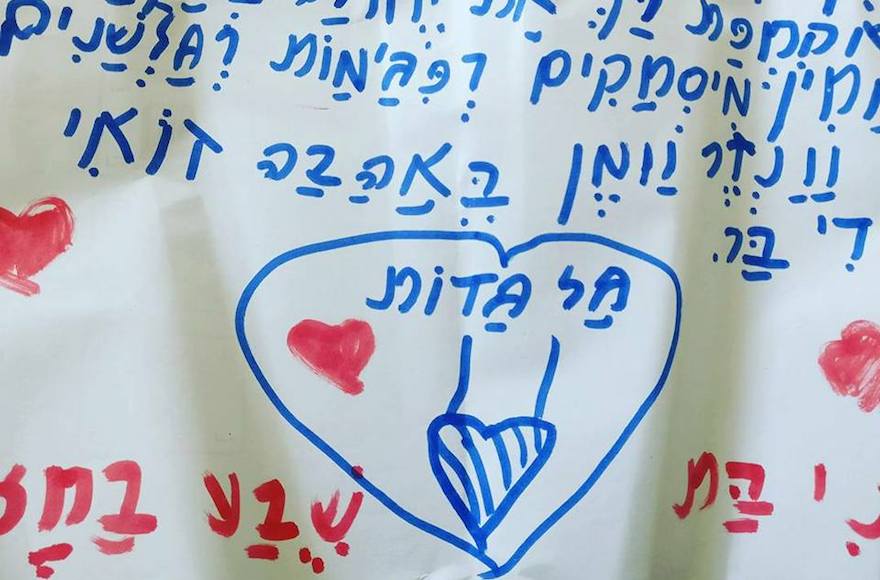 After the post received several dozen comments, Gadot — who has two young daughters of her own with her husband Yaron Varsano, an Israeli real-estate developer — weighed in with a personal message to Zoey. She explained that she was not in charge of Wonder Woman merchandise, but praised the proposal.

You are very clever and creative. Interesting to know what you would like to be when you grow up.. In the meantime I am sending you a big hug. Gal.”

The message ends with a smiley face icon.

Vardi-Bar, who lives in a small town near Haifa, reposted an image of Zoey’s note along with Gadot’s response. In an accompanying message, she praised Gadot as a real-life superhero.

“I haven’t admired anyone for a very long time, and then Gal arrives with tons of personal magic and strength that can stop the entire planet,” Vardi-Bar said. “This is just a little note of a 7 1/2 year-old girl (my daughter who will be so excited when she comes back home from school), but in my eyes, it’s huge and testifies so much about this woman who is Wonder Woman on the outside and apparently the inside as well.” 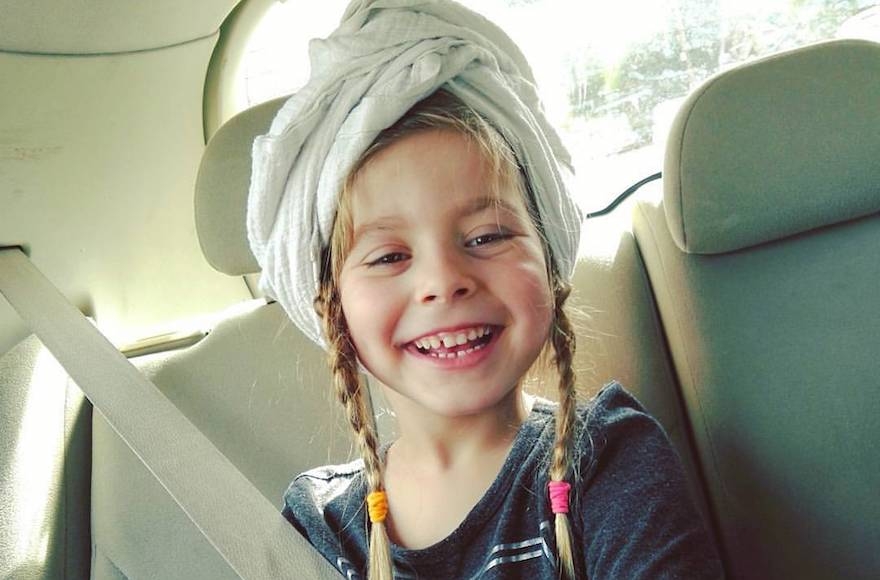 The Facebook page of the popular nightly news show Hazinor on Israel’s TV Channel 10 picked up the story on Thursday, which quickly spread across Hebrew Facebook. By the afternoon, the post had more than 6,000 “likes” and 100 comments praising Gadot.

“She served in the army, a beauty queen, a successful actress in Hollywood, a mother and still a kind person. Apparently she really is Wonder Woman,” said one woman.

Long popular in Israel, Gadot has become an international sensation since “Wonder Woman” premiered last week — raking in hundreds of millions of dollars worldwide and earning largely positive reviews. Israelis have watched with pride as Gadot, who is from Rosh Haayin and served as a combat instruction in the army, has become a bona fide movie star and feminist icon.

Gadot’s appearances on American TV or in Facebook live videos gets breathless coverage by the local press. Photos and videos of her as a soldier, a young model, 2004’s Miss Israel and an actress in smaller Hollywood roles seem to blanket Israeli social media, accompanied by kvelling comments.

A huge billboard for the movie overlooking Tel Aviv’s main highway declares, “We love you!” Nearby, the Azrieli Towers, the tallest buildings in Israel, featured illuminated messages in honor of the Israeli premiere of “Wonder Woman.” One read, “We are proud of you, Gal Gadot,” and a second said, “Our Wonder Woman.”

Lebanon’s ban of the film, because of its Israeli star, has done little to dampen the mood.

At a screening of “Wonder Woman” at a cinema in central Tel Aviv Saturday, the sold-out audience applauded Gadot’s on-screen heroics from the beginning to the end.

But for at least one little girl, all that was not enough.

“My heart exploded with pride that the way I work and what I believe permeates the children,” said Vardi-Bar, describing her reaction on finding Zoey’s note. “Want something? Make it happen.”