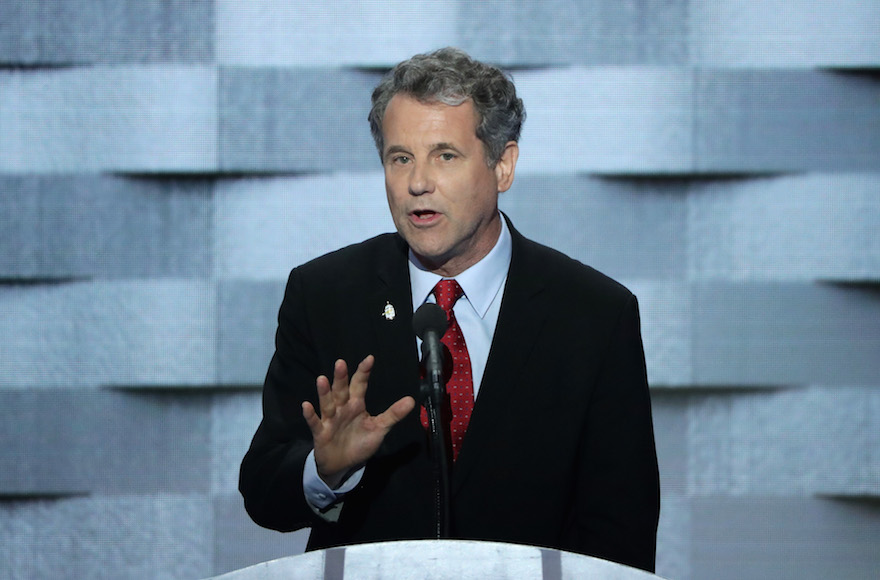 Brown, speaking Tuesday at the conservative pro-Israel group’s annual Washington conference, appeared upset that the room had applauded the mention of Bannon’s name by a prior speaker, Sebastian Gorka, another Trump advisor. The exchange came to light in video posted of the event on Thursday on the Axios political news site.

“I know the history of Breitbart,” he added.

Bannon is the former CEO of the Breitbart News website, which Bannon has called a platform for the “alt-right” — a loose assemblage of anti-establishment conservatives that has been accused of promoting racism, anti-Semitism, anti-feminism and homophobia. But the movement also includes libertarians and fierce defenders of Israel.

Bannon started a Breitbart subsidiary aimed at pushing back against anti-Israel bias in the media, although his ex-wife has accused him of being hostile to Jews. Gorka himself has been subject to scrutiny because of his past associations with the Hungarian far right.

At the ZOA event, Brown mentioned that he told Israeli Prime Minister Benjamin Netanyahu in a meeting a month ago that he understood why Israel was pleased with Trump’s support for the Jewish state and his push to enact new sanctions on Iran. But Brown said he also told Netanyahu to be wary of the current White House.

“There are a whole lot of members of the Senate, and both parties, and a whole lot of people in my state, that are very concerned about the bigotry and anti-Semitism in the White House,” Brown said he told Netanyahu.

Brown alluded to Trump’s broadsides against Muslims during his campaign, as well as to his proposed travel bans that critics say target Muslims exclusively.

“I will always stand strong on Israel,” he said to applause. “But I also find it’s my duty to speak out when I see what’s more and more common in my country — where its issues of race or issues of religion — that bother me.”

Morton Klein, the ZOA president, on Friday told JTA that he wished Brown had confined his remarks to Israel.

“We were pleased that Sen. Brown came to speak at our luncheon, but this was a mission focusing only on Israel and U.S-Israel relations and we were disappointed and surprised that he spoke on that issue, on issues unrelated to that, in addition to making an inaccurate statement that Steve Bannon is an anti-Semite,” he said. “He is a strong supporter of Israel and it is simply untrue he has negative feelings toward Jews.”