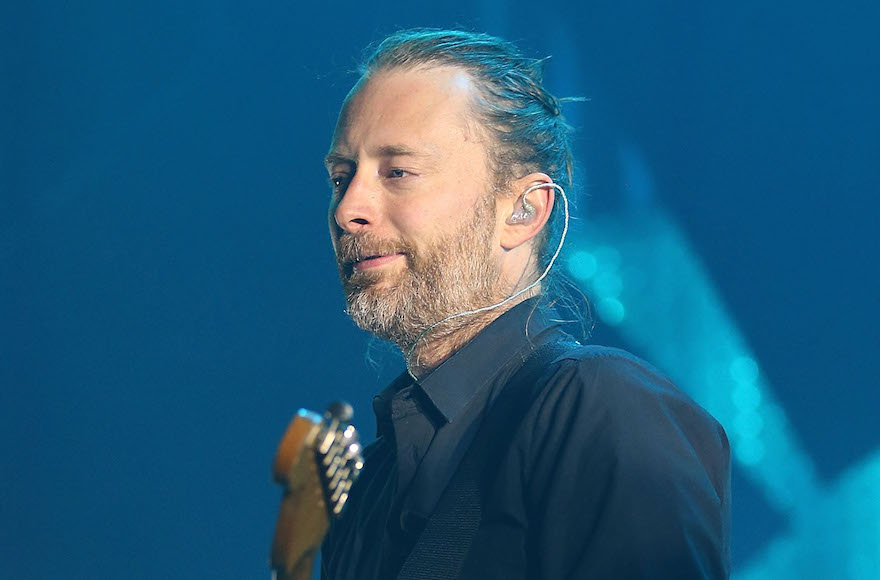 (JTA) — Pro-Palestinian groups have hit back at Radiohead singer Thom Yorke, who has called criticism of his band’s upcoming concert in Israel “patronizing” and “upsetting.”

Dozens of high-profile artists had signed a letter sent to Radiohead in February urging the band to cancel its July performance in Tel Aviv. Earlier this month, Yorke said the letter was “offensive” and called out its signees for assuming the band is not informed on the Israeli-Palestinian conflict.

Since then, several groups have chastised Yorke for his rhetoric and criticized him for refusing to further discuss the topic.

“Thom’s is a simple choice: will he stand with the oppressor or the oppressed?” said film director Ken Loach in a statement through Artists for Palestine UK on June 5.

“Yorke complains about Israeli leader Benjamin Netanyahu and the dangers of divisiveness,” the rest of the Artists for Palestine UK statement continues. “He doesn’t seem to appreciate that Radiohead’s concert is itself a political statement, and a deeply divisive one. It’s telling the Israeli public they really don’t need to bother their heads with the Occupation and the boring old story of Palestinian suffering.”

The Palestine Solidarity Campaign called Yorke’s remarks “saddening,” and the Palestinian Campaign for the Academic and Cultural Boycott of Israel said that Radiohead will be on the wrong side of history.

On June 2, Yorke said that the letter, spearheaded by former Pink Floyd singer Roger Waters and the Boycott, Divestment and Sanctions movement against Israel, was akin to “throwing s**t” at Radiohead in public.

“It’s deeply distressing that they choose to, rather than engage with us personally, throw s**t at us in public,” Yorke said. “It’s deeply disrespectful to assume that we’re either being misinformed or that we’re so retarded we can’t make these decisions ourselves.”