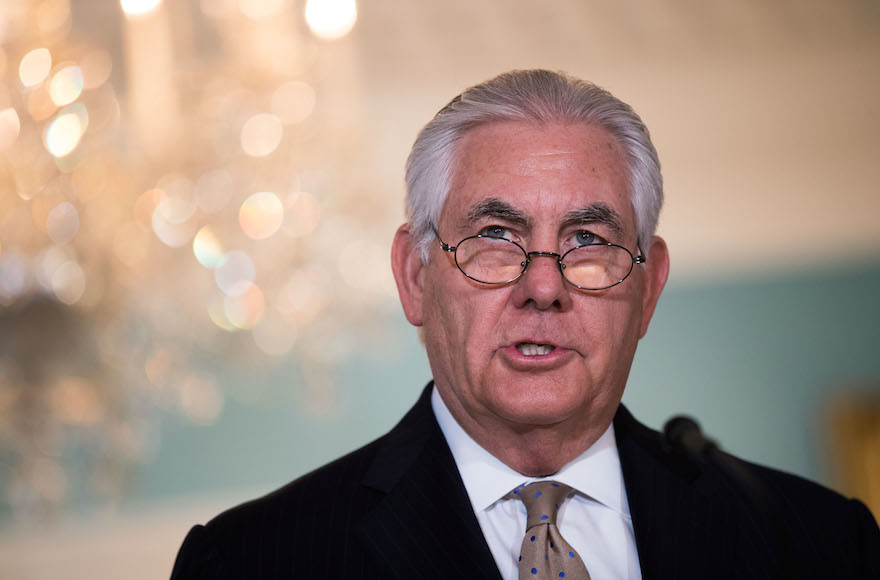 (JTA) — U.S. Secretary of State Rex Tillerson told senators that the Palestinian Authority will stop paying the families of terrorists who have attacked or killed Israelis.

“We have been very clear with them that this is simply not acceptable to us,” Tillerson said Tuesday on Capitol Hill at a meeting of the Senate Foreign Relations Committee. “They have changed that policy and their intent is to cease the payments to the families of those who have committed murder or violence against others.”

Tillerson noted that both he and President Donald Trump spoke with Palestinian Authority President Mahmoud Abbas about the issue during recent meetings in Washington, D.C., and Bethlehem.

The American Jewish Committee welcomed the news in Tillerson’s remarks.

“If a firm U.S. stance actually leads to the end of this outrageous practice, as Secretary Tillerson said will be the case, AJC would be the first to applaud,” AJC CEO David Harris said in a statement.

According to The Times of Israel, an Israeli general told the parliament last month that the Palestinian Authority has paid out nearly $1.2 billion to terrorists and their families over the past four years.