5-year-old Arabella Kushner loves Israel and wants to be a Marine. But should Ivanka be sharing this? 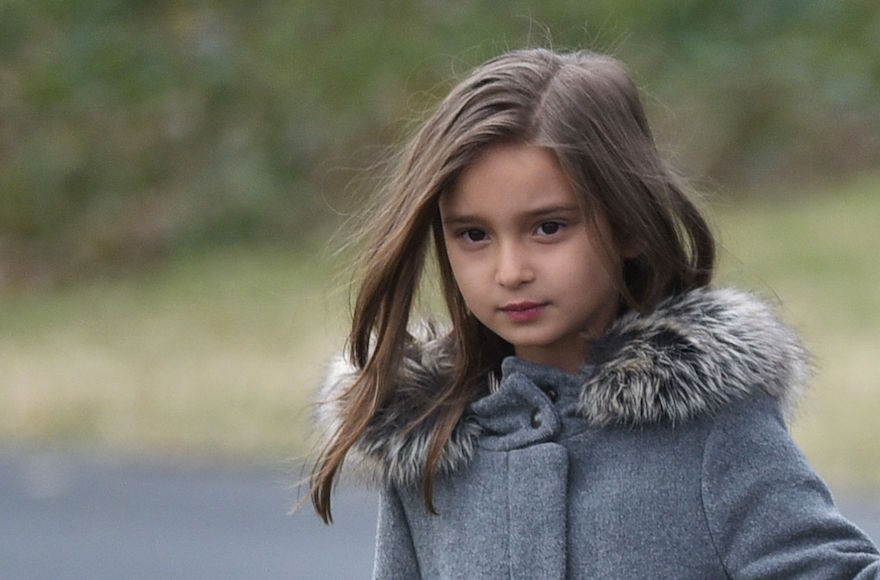 (JTA) — By now, some of you may know a bunch of random but adorable facts about 5-year-old Arabella Kushner, the granddaughter of President Donald Trump. For instance, she likes Israel more than she likes ants, she loves fidget spinners and she wants to be a Marine when she grows up.

We know all this because her mother, Ivanka Trump, posted Arabella’s answers to a questionnaire made by her kindergarten classmates on social media last week.

News outlets pounced on the story, as Arabella is the daughter of the country’s most talked about Jewish power couple and anything that Ivanka Trump or her husband, Jared Kushner, do is intensely scrutinized. Besides, Arabella is really cute and her answers were priceless.

But should she be dragged into the political arena?

Ivanka’s tweet about her daughter’s harmless kindergarten quiz — like so many of her other social media posts — provoked a stream of hateful and political comments.

Ivanka put Arabella at the center of a social media post just two days before the questionnaire post, tweeting an image of Arabella learning the basics of coding — which, unsurprisingly, also produced negative comments.

Learning to code with Arabella tonight – the language of the future! #WomenInSTEM pic.twitter.com/k87enCKsNi

Arabella is not a special adviser or unpaid public aide to the president of the United States. She is not advocating for any government policies or defending the president against public criticism. She’s a kid — and she may not want tens of thousands of people to know that if she were a bird, she would eat 1,000 worms a day.

IN THE MARINES! Love it

She's a mom. Just Bc we don't appreciate her fathers views she's a proud mom. Don't shun her for that.

But Trump’s Twitter account is hardly “personal.” It combines her roles as presidential adviser, self-help entrepreneur and brand manager, with frequent tweets about all three. In this promotional environment, mentions of her children appear to be in service to her political and professional agendas — inviting the kinds of push-back that Ivanka herself only yesterday called “vicious.”

Ivanka might not pay attention to the hateful responses. But maybe she should think twice before involving her 5-year-old daughter so personally on social media pages that she uses to promote the administration she serves and the businesses she runs. Maybe she should post these wonderful disclosures about her kids on a separate Facebook page only viewable to real family and friends.

Arabella may be partial to ice cream and rainbows and the Star of David — but she deserves to be treated as a real and private little girl, not a prop.