Bob Dylan may have plagiarized SparkNotes for his Nobel Prize lecture 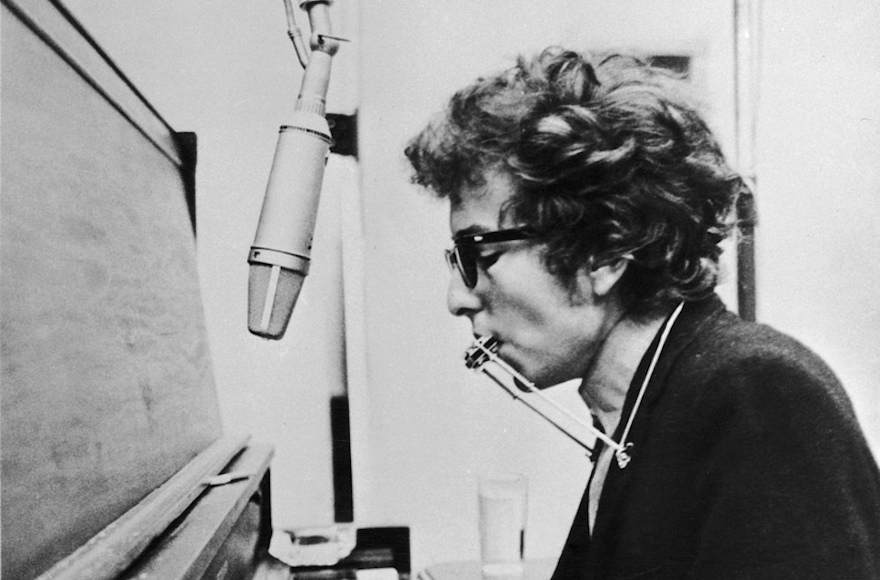 (JTA) — Bob Dylan has invented quotes by Abraham Lincoln and he’s borrowed phrases from other poets in his songs. But cribbing from SparkNotes, the online equivalent of CliffsNotes?

In writing his Nobel Prize acceptance speech, the legendary singer-songwriter may have leaned heavily upon the guides that are well used by students cramming for tests.

After months of suspense, Dylan gave his lecture earlier this month to the Nobel Academy in Los Angeles. The speech is a requirement to receive the roughly $920,000 in prize money.

The songwriter spoke about three classic books that left deep impressions on him: “Moby-Dick,” “All Quiet on the Western Front” and “The Odyssey.”

Slate’s Andrea Pitzer — tipped off by a phrase Dylan uttered while talking about “Moby-Dick” that did not actually appear in the book — dug deep into his speech. She found at least 20 sentences that in her words “bear some similarity to passages from SparkNotes.”

For instance, the SparkNotes summary of “Moby-Dick” includes the following lines: “Captain Boomer has lost an arm in an encounter with Moby Dick. … Boomer, happy simply to have survived his encounter, cannot understand Ahab’s lust for vengeance.”

In his speech, Dylan said that “Captain Boomer — he lost an arm to Moby. But … he’s happy to have survived. He can’t accept Ahab’s lust for vengeance.”

Pitzer wrote: “Across the 78 sentences in the lecture that Dylan spends describing ‘Moby-Dick,’ even a cursory inspection reveals that more than a dozen of them appear to closely resemble lines from the SparkNotes site. And most of the key shared phrases in these passages (such as ‘Ahab’s lust for vengeance’ in the above lines) do not appear in the novel ‘Moby-Dick’ at all.”

Pitzer, who published a color-coded chart alongside her findings, pointed out that Dylan has been interested in borrowing material from other artists since the very beginning of his career. His first album was mostly composed of covers of folk classics. Many of his songs, and even his paintings, quote heavily from others, often unattributed. Now, in the twilight of that career, the 76-year-old has returned to playing the songs of others on albums and in concerts.

Still, the Nobel lecture may be less an artistic homage or post-modern pastiche than just the embarrassing equivalent of a homework assignment finished at the last minute. Dylan was awarded the prize in October and put off accepting for months. He eventually found time in his schedule — during a convenient tour stop in Sweden in March — to accept the award. He then gave his speech in June, just days before the deadline set by the Nobel committee.