Arab-Israeli transgender beauty queen opens up about her story 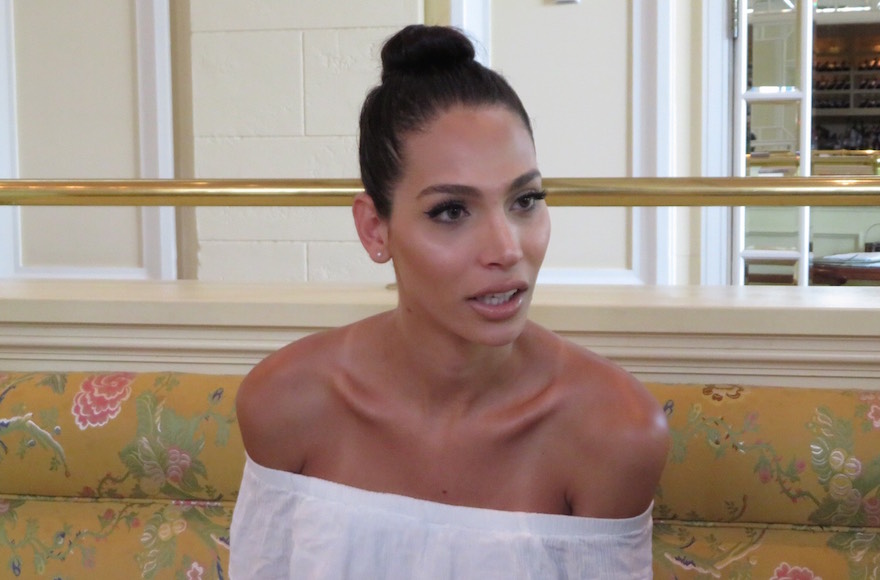 Talleen Abu Hana visited Washington, D.C., to speak about her experience being a transgender woman in Israel. (Ron Kampeas)
Advertisement

WASHINGTON, D.C. (JTA) — The Israeli Embassy marked LGBT Pride Month with a reception for Jewish and Israeli activists and leaders.

About 100 people attended the event, which featured an address by Talleen Abu Hana, an Arab Christian from Nazareth who won the first Miss Trans Israel beauty pageant in 2016.

The embassy also paid tribute to the 49 victims of last year’s massacre at the gay nightclub Pulse in Orlando, Florida.

“Just as the noxious fumes of anti-Semitism ultimately poison all of society, so too hatred towards the LGBT community threatens all of us,” Ron Dermer, the Israeli ambassador to Washington, said in brief remarks.

He also asserted that Israel is the sole country in the Middle East with the “values that progressives are supposed to champion,” referring to Israel’s legal and popular support for gay rights.

Abu Hana spoke about her experience as a transgender woman in Israel. After winning the beauty pageant, she was runner-up at the Miss Trans Star International Pageant and a contestant on Israel’s “Big Brother.”

As a boy growing up in Nazareth, Abu Hana grappled with an intense internal conflict between “body and soul,” she said. When she showed an interest in women’s clothes and makeup, her father lashed out at her.

“Transforming from the most beloved child to the one everyone hated … I was lost and started thinking of killing myself,” she said.

Abu Hana moved to Tel Aviv, where the LGBT community is known to be strong and accepting. One evening while hanging out with new friends, a transgender woman was talking about her transition.

“I didn’t get what she was talking about,” Abu Hana recalled.

Another male friend said, “She’s transgender, just like you.”

Abu Hana was taken aback and insisted she was not. The male friend then took her face in his hands and said, “You are going to be a woman and a beautiful one.”

In an interview before the Pride event, Talleen emphasized the importance of moving to Tel Aviv, where the support she found as a Christian and an Arab facilitated her transition.

“The law is on your side,” Talleen said, referring to the ease of changing one’s gender and name on government-issued documents.

After winning Miss Trans in 2016, Abu Hana quickly rose to fame in Israel, where she is often mobbed by fans eager to take a selfie. In addition to modeling, she speaks to transgender youth at shelters in Tel Aviv and most recently at Casa Ruby, an LGBTQ community center in Washington. She said she is humbled to be “an ambassador for peace between one’s soul [and] one’s body.”

Abu Hana now lives with her boyfriend, who she met before her transition on a night of dancing at a Tel Aviv club.

“I’m lucky to be an Israeli,” she said. “Being an Israeli means being truly free.”