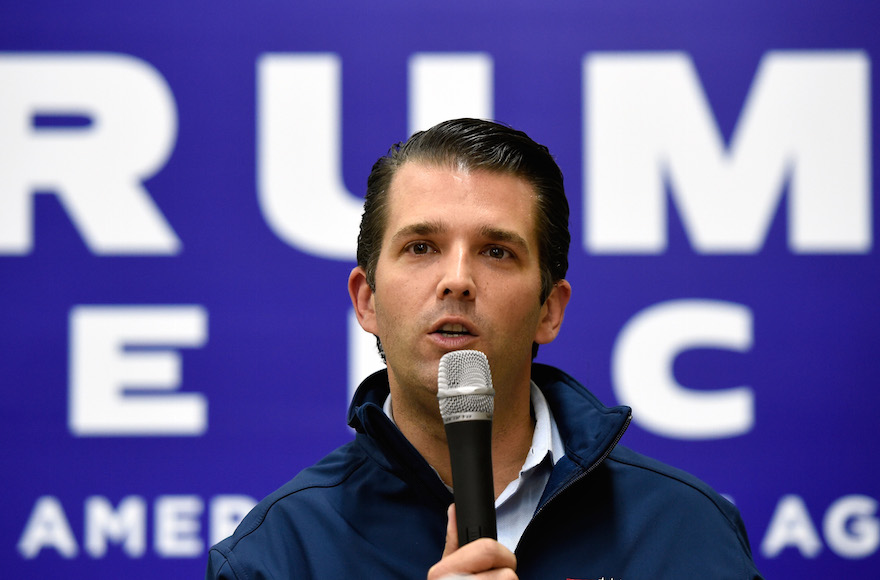 WASHINGTON (JTA) — In several tweets, Donald Trump Jr. condemned the BBC for a tweet that a number of observers had criticized as biased against Israel.

President Trump’s oldest son, like others, noted that the tweet emphasized the death of Palestinian assailants over their Israeli victims.

“You mean after they stabbed a female Israeli police officer to death … right?” the younger Trump tweeted Saturday. “This is as close to being misleading as possible.”

The BBC later took down the tweet, something Trump Jr. noted in a subsequent message.

So nice of @BBC to take down their ridiculous tweet from this morn. If they didn't flagrantly mislead they wouldn't have to be called out. pic.twitter.com/hGvy3ZuiYb

The BBC story on the attacks was later changed to “Israeli police woman stabbed to death in Jerusalem.”

The policewoman, Hadas Malka, 23, was stabbed Friday near the Damascus Gate in the Old City Both assailants, including one holding a jammed gun, were shot and killed.

Simultaneously, at least one assailant was killed after attacking passers-by at the nearby Zedekiah’s Cave. Two people were injured in the attack.

Need a new term for this nonsense. Sort of the opposite of victim blaming. How about Culprit Coddling? Maybe Criminal Cozying? Thoughts??? https://t.co/EWZPHiRemU

It's my pleasure. To me it seemed like a very slanted tweet against Israel given what actually happened. Guess I was right. https://t.co/zUcPQbfzFk