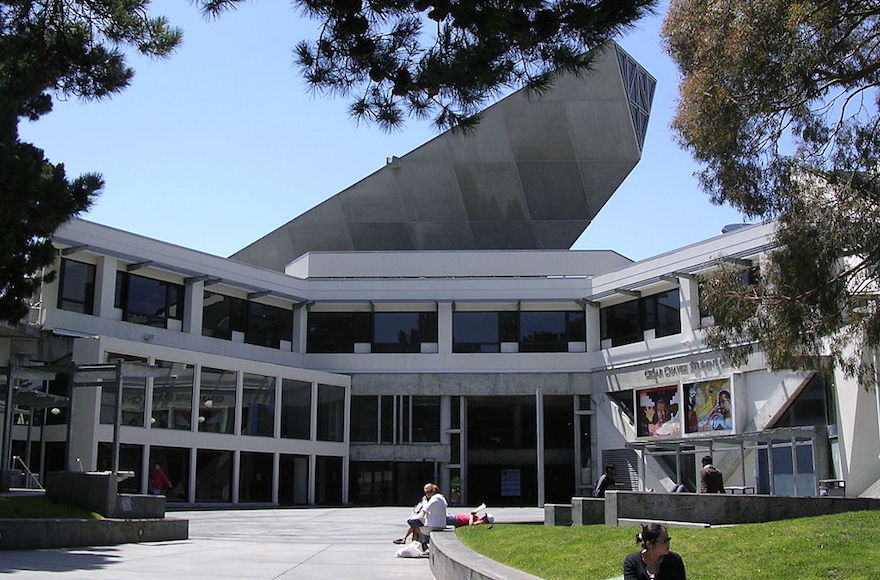 (JTA) — A group of former and current Jewish San Francisco State University students and members of the local Jewish community have filed a federal lawsuit alleging that the university tolerates and encourages anti-Semitic activity.

According to the lawsuit filed Monday by six plaintiffs in San Francisco District Court, “SFSU and its administrators have knowingly fostered this discrimination and hostile environment, which has been marked by violent threats to the safety of Jewish students on campus.”

It names the university’s president, Leslie Wong, and other school officials as defendants.

The university said in a statement Monday that it had not been aware of nor reviewed the lawsuit, the J. The Jewish News of Northern California reported on its website.

The suit seeks monetary damages, as well as a court order to force the defendants to cease the behavior outlined in the lawsuit, according to J.

Anti-Semitic incidents at the university date back at least to 1968, according to J. The lawsuit delineates several of the incidents, including an April 2016 speech on campus by Jerusalem Mayor Nir Barkat that was disrupted by pro-Palestinian protesters, making Jewish students feel unsafe.

* In 1994, a 10-foot mural erected on the university’s student union building displaying yellow Stars of David intertwined with dollar signs, skulls and crossbones, and the words “African Blood”;

* In 1997, a banner depicting an Israeli flag with a swastika next to an American flag with a dollar sign was hung over the same wall where the 1994 mural had been painted;

* Following a peace rally in 2002, a small group of Jewish students were targeted by a large group of students who shouted anti-Semitic remarks, including “Hitler didn’t finish the job,” “Get out or we’ll kill you” and “Go back to Russia”;

* On-campus events hosted by the university in 2009 that advocated for the elimination of Israel.

An independent investigation of the Barkat incident initiated by the university determined that the school did not have the proper security protocol in place to handle a protest and Jewish students did not feel safe.

In a letter accompanying the university’s report of the incident, Wong said there was significant work to be done to improve the campus climate and safety for students.

“Ensuring the campus is a safe environment for all students is my top priority for the coming year,” Wong wrote. “We failed our students — both the event attendees and the protesters — through multiple inactions.”

The students are being represented pro-bono by the global law firm Winston & Strawn LLP and The Lawfare Project.