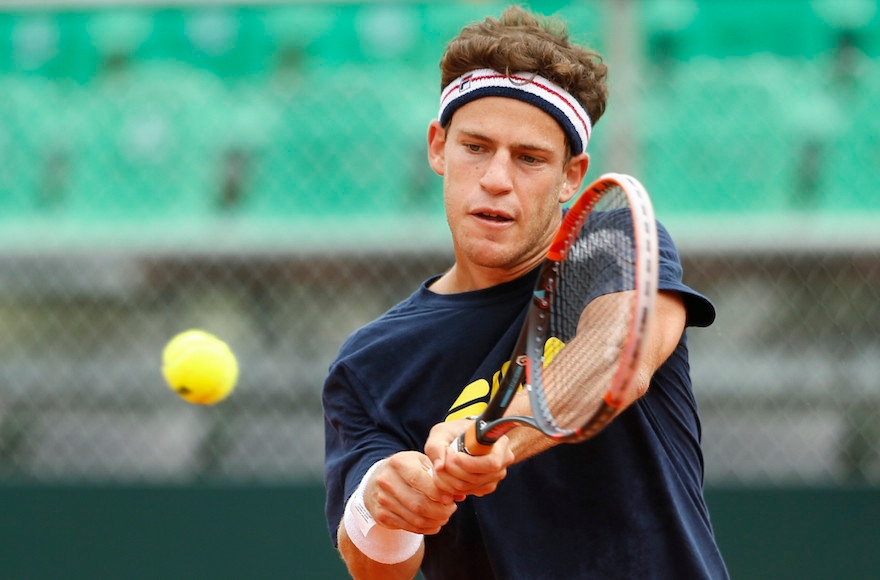 (JTA) — When Wimbledon starts next week, no other Jewish tennis player will be seeded higher than Diego Schwartzman.

The scrappy 24-year-old from Argentina, fresh off an impressive five-set duel with perennial star Novak Djokovic at the French Open earlier this month, is No. 37 in the Association of Tennis Professionals rankings. That easily makes him the best Jewish tennis player on the planet.

Schwartzman, who was raised in a Jewish family in Buenos Aires, has steadily risen in the rankings since turning pro at 17. Between 2010 and 2012, he won nine tournaments in the International Tennis Federation — the sport’s minor leagues. He won his first ATP Tour title at the Istanbul Open last year, upsetting the highly ranked Grigor Dimitrov.

Schwartzman plays best on clay (a thick surface, used at the French Open, that deadens the ball), which has the opposite properties of a grass court (a swift surface used at Wimbledon). But look for him to make some unexpected noise in the London tournament on the heels of his confident performance against Djokovic, despite the loss.

Here are some fun (and Jewish) facts about the up-and-coming Argentine.

Schwartzman told the ATP last year that he is always recognized on the streets by the Jews in his home country.

“I am Jewish and in Argentina, we have many Jewish [people] there, and all the people there know me,” he said. Passers-by tell him, “Enjoy! Good luck this season. Come on, keep going!”

Schwartzman did not attend Hebrew school in Buenos Aires, but he told JTA over email that he tries to observe Jewish holidays on the pro tennis tour — acknowledging it can be difficult.

No, this isn’t basketball. But shorter tennis players are at a disadvantage — making his success even more surprising. Schwartzman must work harder to make sure his shots pack enough punch to hang with taller players (Dimitrov, for example, is 6-3). His size and playing style is reminiscent of David Ferrer, a 5-9 Spaniard who once was ranked No. 3 in the world and reached the French Open final in 2013. 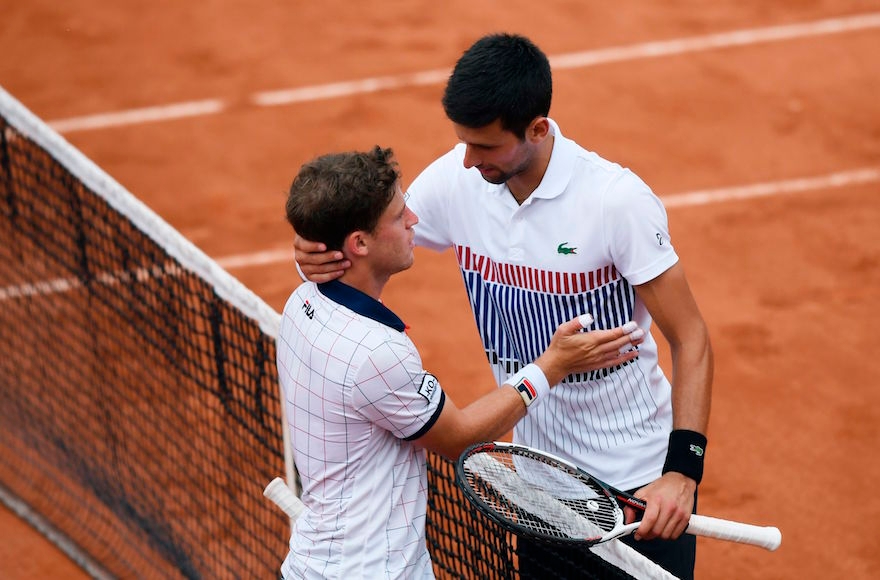 He has Israeli tennis friends.

Schwartzman told JTA that he is close friends with Dudi Sela and Jonathan Erlich. Sela, who used to be ranked in the top 30, is now 81 in the world. Erlich, a Buenos Aires native who grew up in Israel, was once a highly ranked doubles player, winning the 2008 Australian Open with another Israeli, Andy Ram.

“We … always speak about everything,” he said of Sela and Erlich.

Being one of the best players in South America, a region known for producing top tennis talent, is no easy feat. The only players currently ranked higher than Schwartzman from his continent are Pablo Cuevas of Uruguay, ranked 24th, and fellow Argentine Juan Martin del Potro, No. 32, who won the U.S. Open title in 2009 (and at 6-6 is nearly a foot taller than his countryman).

His favorite pastime is … watching soccer?

Schwartzman may play tennis almost daily, but that doesn’t mean he loves watching it. He told JTA that his fondest memories outside of the tennis court come from watching his favorite soccer team, the Boca Juniors, at the famous Bombonera stadium in Buenos Aires. As Heavy points out, not surprisingly he’s a big fan of Lionel Messi, the Argentine known around the world for his prowess on the pitch.