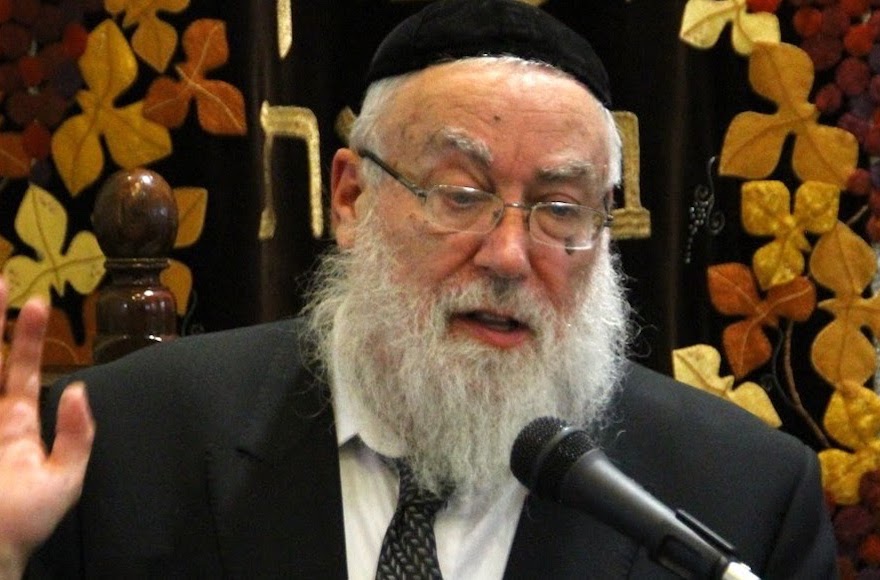 JERUSALEM (JTA) – Haredi Orthodox Jews agree with their non-Orthodox brethren on one thing: The future of the Jewish people is at stake in the debate raging over who controls the Western Wall and conversion in Israel.

Other than that, though, there is little common ground.

According to Nachum Eisenstein, the chief rabbi of eastern Jerusalem’s haredi Maalot Dafna neighborhood, Reform and Conservative Judaism threaten to undermine the survival of the Jewish people.

“The reason why Judaism is the only religion that survived throughout thousands of years and all the massacres and all the attempts to destroy it is that the ours is the only religion that has always been the same, the way it was given to us on Mount Sinai,” Einstein said in an interview. “Who gave you, the Conservative and the Reform, the authority to make up a new religion?”

The government’s suspension last week of a deal that would have expanded a non-Orthodox prayer area has sparked a crisis in Israel-Diaspora relations that some are calling unprecedented. Major U.S. Jewish groups, led by the Reform and Conservative movements, complained that the government of Prime Minister Benjamin Netanyahu had caved to haredi Orthodox interests and insulted the Jewish majority that does not subscribe to Orthodoxy.

They also railed against a government-backed bill passed the same day, and since shelved, to grant Israel’s haredi-dominated Chief Rabbinate a monopoly over all conversions performed in the country.

But like much of his haredi community, Einstein welcomed the Western Wall decision as a victory over non-Orthodox Jewish meddling. He said the tabling of the conversion bill was a setback in the same battle.

“We have nothing against Jews in any place they may be. They are all our brothers,” he said. “Our fight is against the approach, this ideology which is attempting to bring a new Judaism here, is trying to destroy everything that we built here over the years.”

Haredi leaders often warn against the pernicious influence of non-Orthodox Judaism in Israel and disparage “Reformim,” as they call its adherents in Hebrew. Although as few as 5 percent of Israelis identify with Reform or Conservative Judaism, according to Pew, more than half of Jewish Americans identify with one or the other.

Under pressure from the haredi political parties in the governing coalition, Israel last Sunday essentially withdrew its support for the Western Wall deal. Non-Orthodox Jewish leaders reacted with outrage.

The Jewish Agency, which brokered the Western Wall deal on behalf of the Israeli government, took an unprecedented public stance against its reversal, and major Jewish groups warned of an erosion of support for the Jewish state. One prominent American Jewish philanthropist suggested he might suspend his donations to Israel, and the leader of the Chicago Jewish community said Israeli lawmakers who support the conversion bill are not welcome in his community.

But Eisenstein, who immigrated to Israel from Chicago decades ago, doubted the sincerity of the protestations, saying they were about politics, not religion. He said Reform and Conservative leaders do not represent their constituents, who “don’t pray,” and anyway prefer to be part of Orthodox prayer when they visit Israel.

“Just a few leaders, carrying big salaries, want to use the Kotel to get recognition. It’s a joke to say their people want a place to pray,” he said. “Who are their people? They’re people who pay their membership fee to the Conservative or Reform temple, and they come once a year for the High Holidays, or maybe to make a bat mitzvah for one of their children.

“They go to a nightclub to mix [genders] and find women [who] dress inappropriately. When they come to the Kotel, the people want to come and visit a holy place.”

Non-Orthodox Jews generally do not pray as much as the Orthodox, and in the United States, they have been growing less attached to communal institutions, including synagogues. There is no data on how non-Orthodox Jews would prefer to pray at the Western Wall. But they have led opposition to Orthodox control of the iconic plaza, and voices in the Jewish press have largely been supportive of the Western Wall deal.

Non-Orthodox Jews have visited the pluralistic prayer space at the southern end of the Western Wall, popularly known as Robinson’s Arch, since Israel granted them the right to pray as they wish there in 2000. In 2013, Naftali Bennett, in his capacity as Diaspora affairs minister, built a larger platform there as part of what he called an “interim” solution. Bennett last week said the platform would still be expanded and made more permanent.

As far as concerns about a loss of American Jewish backing for Israel, Eisenstein said, “Anyone who threatens to withdraw his support from Israel doesn’t really love the state anyway.”

In contrast to non-Orthodox leaders, Eisenstein said, Israel’s chief rabbis and haredi politicians had acted in accordance with deep-seated sentiment in his community by rejecting the Western Wall agreement. He said Western Wall Rabbi Shmuel Rabinowitz had made a mistake by initially backing the agreement, as had any haredi politicians who may have consented to it.

“We did not agree to any compromise. Anyone who agreed to compromise, you have to speak to him. Who gave him the authority to do that?” Einstein said. “Every Orthodox Jew feels that we were left this Wailing Wall, which is the only remnant that we have from the holy Temple, and every Orthodox Jew feels it’s his responsibly to make sure the holiness of the wall is observed.” 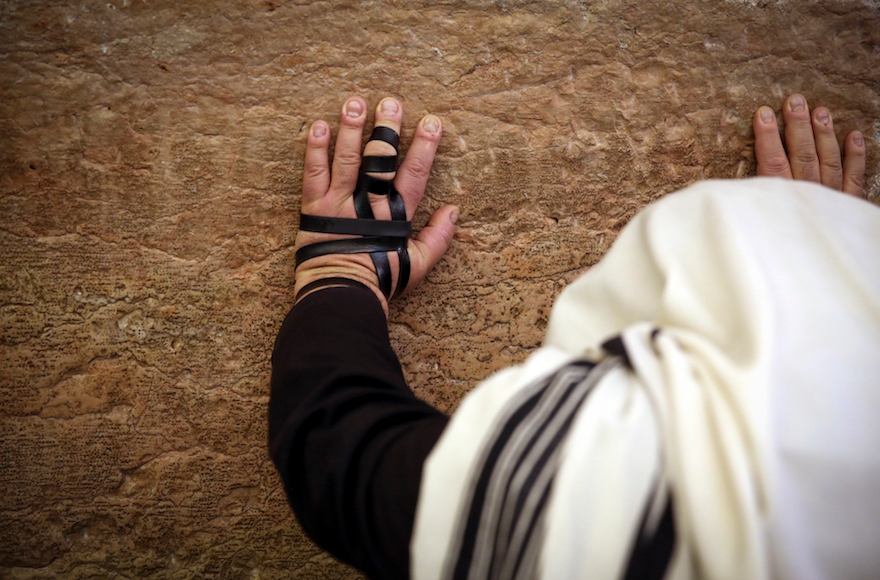 The conversion bill pushed by the haredi political parties was meant to head off state recognition of non-Orthodox Judaism. Set aside Friday by Netanyahu amid the outcry from non-Orthodox Jews, it requires the government to exclusively recognize for immigration purposes conversions in Israel overseen by the Rabbinate. Although the bill would only affect the small number of foreigners who convert to Judaism in Israel each year, and not non-Orthodox conversions performed overseas, it would for the first time grant the Rabbinate a degree of control over who qualifies as Jewish enough to immigrate to Israel under the Law of Return.

The Rabbinate already has long controlled who has access to Jewish services like marriage and divorce. From an Orthodox perspective, Jewishness is matrilineal and does not depend on observance. Non-Orthodox converts are not considered Jewish.

While haredi Jews are more than capable of keeping track of Jewish bloodlines, Eisenstein said, most Israelis would be dangerously confused were the state to begin recognizing Reform and Conservative conversions.

“Jews living in Israel don’t want intermarriage. Haredim aren’t afraid of it because we won’t marry such people,” he said. “But secular Jews won’t be smart enough to differentiate them from real Jews, and they’ll intermarry. It’s a terrible thing.”

But the Reform and Conservative movements say the greater threat to Israel is alienating American Jewry. By controlling marriage, divorce and conversion, and promoting laws that limit commerce, transportation and entertainment on the Sabbath, they say, the Rabbinate has alienated the nearly half of Israelis who call themselves “secular.” Leaders of the movements believe they offer secular Israelis an alternative for exploring Judaism on their own terms.

Eisenstein, who chairs an international haredi rabbinical group that pushes for stricter conversion standards, said the Chief Rabbinate’s conversion authority was already not up to snuff. Since he worked there years ago, he said, it has been taken over by more lenient Orthodox rabbis from the religious Zionist movement.