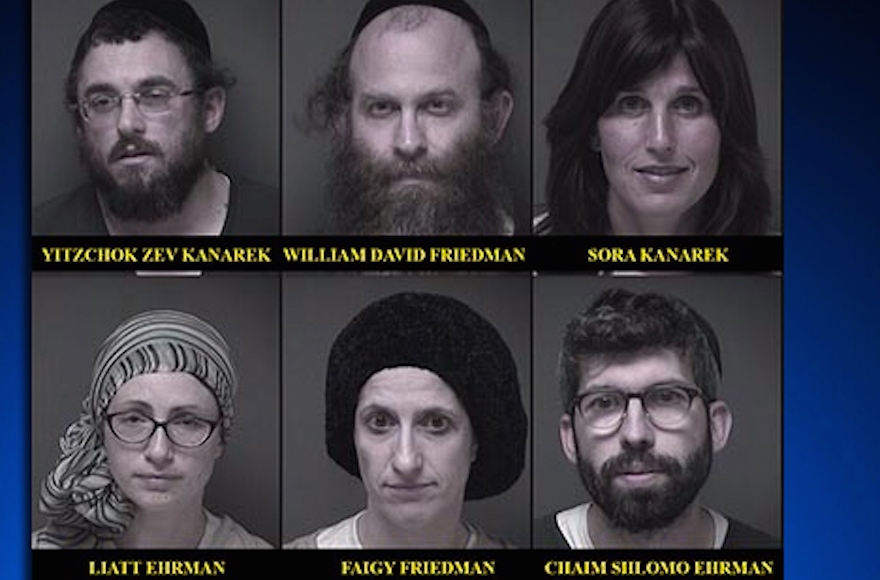 (JTA) — Twelve people were charged with illegally obtaining government benefits as part of a crackdown on a haredi Orthodox community in New Jersey.

The probe in Lakewood has resulted in the arrest of or charges against 26 people to date since the initial arrests last week.

Those facing charges include five couples — Eliezer and Elkie Sorotzkin, Samuel and Esther Serhofer, Yisroel and Rachel Merkin, Tzvi and Estee Braun, and Moshe and Nechama Hirschmann — as well as Jerome Menchel and Mottel Friedman, according to USA Today.

Unlike those who were charged last week with fraud, the 12 defendants from Thursday were not arrested and instead were instructed to appear in court at a certain date, a spokesman for the Ocean County Prosecutor’s Office, Al Della Fave, told USA Today.

At the time of the first arrest, Ocean County Prosecutor Joseph Coronato said his office had warned the Lakewood community about committing welfare fraud.

“My office gave clear guidance and notice to the Lakewood community in 2015 of what is considered financial abuse of these programs,” Coronato said. “Those who choose to ignore those warnings by seeking to illegally profit on the backs of taxpayers will pay the punitive price of their actions.”

Over the weekend, anti-Semitic fliers were left on cars and a banner was hung over a synagogue’s Holocaust memorial in Lakewood. Police said they believed the incidents were related to the arrests and that they were being investigated as hate crimes.

The influx of haredim in Lakewood has been the major factor behind the central Jersey township’s growth to a population of some 100,000 from 60,000 in 2000.