In India, teaching about Israel can be considered ‘blasphemous’ 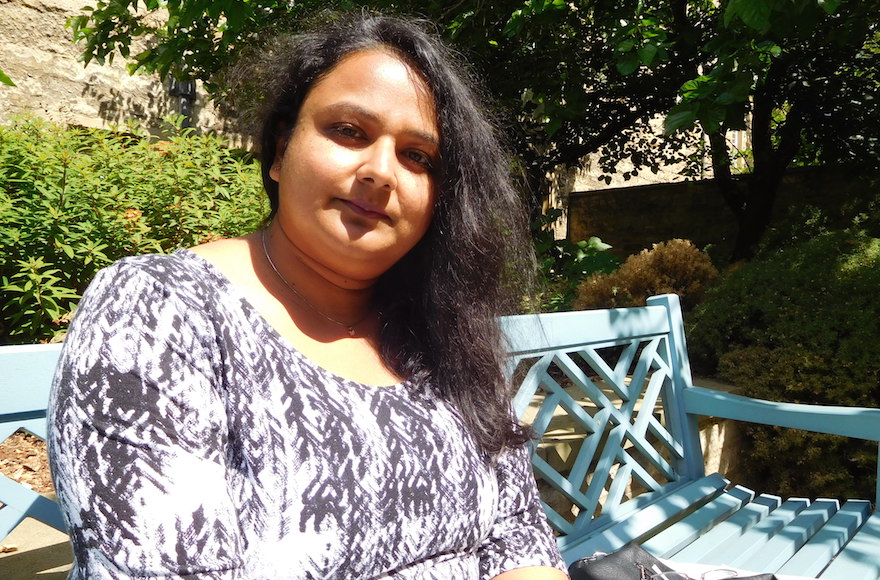 Professor Rohee Dasgupta always starts off her course in Israel studies at the Jindal School of International Affairs in New Delhi by having her graduate students write down their opinions about Israel. (Courtesy of Dasgupta)
Advertisement

BOSTON — When Israeli Prime Minister Benjamin Netanyahu welcomed Indian Prime Minister Narendra Modi to Jerusalem in early July, it marked the first time an Indian leader had made a summit trip to Israel since diplomatic relations were established between India and the Jewish state 25 years ago.

As significant as the Netanyahu-Modi meeting was, however, the future of the Israel-India relationship ultimately may rest just as much – or more – with people like Professor Rohee Dasgupta.

Dasgupta teaches Israel studies at the Jindal School of International Affairs in New Delhi. Every time she gets a new class of graduate students, she starts by handing out blank sheets of paper and asking her students to write down their opinions about Israel. Then she collects the papers and puts them away in a box.

At the end of her 16-week course, the students repeat the exercise and compare notes.

“There is a lot of difference,” says Dasgupta, 36.

Dasgupta is an example of what can sometimes seem these days like an endangered species: a liberal academic, trained as an anthropologist, who openly describes Israel as “the only democracy in the Middle East,” one with a “very free press,” perched in a “hostile neighborhood” that’s “not easy.”

“I certainly do believe in the Jewish state and the Jewish people,” she says.

The Israel Studies center that Dasgupta founded at the Jindal School has hosted more than 30 academic events. Twenty of its students have visited Israel, and the center has forged partnerships with the Schusterman Center for Israel Studies at Brandeis University, Israel’s embassy in India and the American Jewish Committee.

It was a Brandeis program Dasgupta attended in 2012, the Schusterman Center Summer Institute for Israel Studies, that helped inspire Dasgupta to teach about Israel in India and to establish the center at the Jindal School, which trains aspiring public policy professionals.

The summer institute “was basically an Israel studies boot camp, and we loved it,” Dasgupta says.

The program, which began in 2004, brings academics from around the world to study for two weeks at Brandeis’ campus in Waltham, Massachusetts, and then to travel in Israel for 10 days. That was only Dasgupta’s second trip to Israel — her first visit was for a conference in Tel Aviv — but she’s been back five times since the 2012 program. A Brandeis professor, Ilan Troen, has been a mentor to Dasgupta and has visited her institution in New Delhi. She said her work has been influenced by Troen’s intellectual concept of “parallel narratives” – wherein complex historical issues with conflicting interpretations are best taught by offering multiple perspectives rather than one “true” narrative.

Dasgupta readily reels off the reasons that Indians can identify with Jewish and Israeli stories.

“We are so used to being the diverse, other, included, excluded,” she says. “Plurality, multiple identities, religions — we have all of that.”

Nevertheless, Dasgupta’s efforts to advance Israel studies in India have encountered some of the hostility that Israel is met with on campuses elsewhere. In her case, the obstacle wasn’t so much the students, but some other professors.

“The faculty thought what I was doing was blasphemous,” Dasgupta says. “It has not been an easy journey, to say the least.”

She ascribes the resistance not to anti-Semitism nor necessarily even to any particular Indian aversion to Israel, but more to “what they see and hear.” Some faculty members served at the United Nations when the world body was advancing the notion that Zionism is a form of colonialism. Others might think about Israel from the point of view of a newspaper story about Israeli checkpoints, she says.

These attitudes from other faculty members can translate into an initial caution by students considering venturing into Israel studies. Some students begin by saying that they plan to “audit” her course as observers, but eventually they become open to the idea of taking it for credit as full participants.

“The audience is always steadily growing,” Dasgupta says. “The university realizes that this is a serious academic program.”

Modern India became a country in 1947, one year before Israel declared its own independence in 1948. Both countries have British colonial pasts and, in Netanyahu and Modi, center-right political leaders.

Young Israelis are so apt to travel in India after their mandatory army service in the Israel Defense Forces that the computers at internet cafes in the outer Himalayas have Hebrew-language keyboards. Israeli defense contractors earlier this year announced $2 billion worth of arms sales to India, building on a history of cooperation that includes sophisticated Israeli border-control technology deployed along India’s Kashmir frontier. Israeli universities have strong academic programs focused on India.

Both countries are active in startups and technology, and Israeli diplomats have been pursuing a “Look East” policy that involves strengthening ties with India and Japan.

Even in terms of personality, there is plenty in common.

“Both Indians and Israelis are pretty vociferous people. Not shy,” Dasgupta observes.

Dasgupta was interviewed for this story via Skype from Ottawa, Canada, where she was serving as a visiting professor at Carleton University before heading to a fellowship at Oxford, in Great Britain, and then back to India. 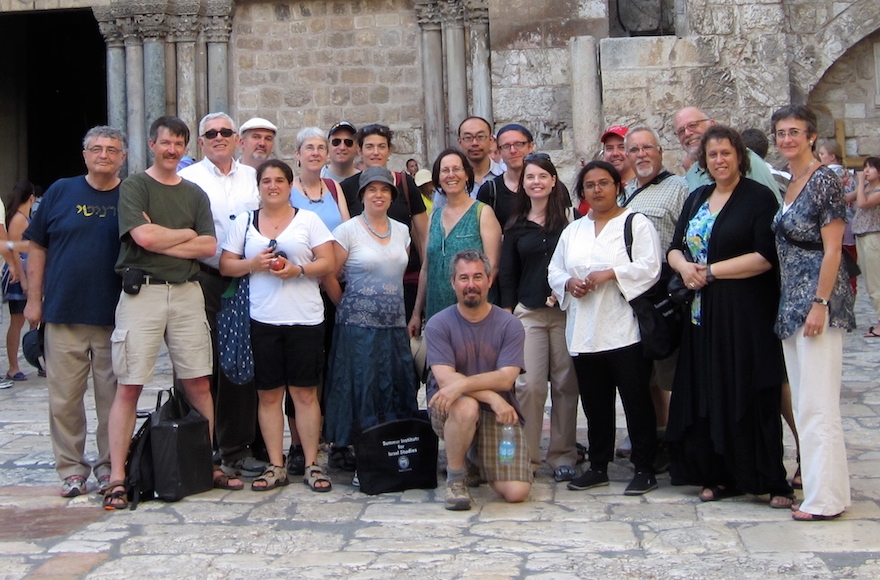 Troen describes Dasgupta as a “pioneer” — the first of three Indian academics who have been through the Brandeis summer program. The Chinese Academy of Sciences also sends a scholar each year. Most of the 300 academics from 250 different universities who have attended the Brandeis institute are from North America, and some of them, too, have gone on to found centers or offer new courses in the burgeoning field of Israel studies.

“We have played an enormous role as a catalyst for the field,” says Troen, noting that the Schusterman Center at Brandeis was the first Israel studies center in the United States.

In creating the Israel studies program in New Delhi, Dasgupta credits support from her university’s leadership and from partners like those at Brandeis and other Israeli and American institutions. But it was also her courage, sense of adventure and, perhaps, fate, that conspired to create this unexpected island of Israel studies in the world’s second-most populous country.

As a 17-year-old, Dasgupta was writing as a journalist for The Statesman, one of India’s national newspapers. Now, as a professor, her work has included collaborating with the U.S. Holocaust Memorial Museum on genocide education in India and with the Jewish Federation of St. Louis to study its sister-city relationship with Yokneam-Megiddo, Israel.

She retains, however, a newspaperwoman’s skill for summing up her own story.

“I went into corners of the world that were not very obvious directions for me to go,” she says. “What can I say? In a light way, I’m a chosen one for the chosen people.”