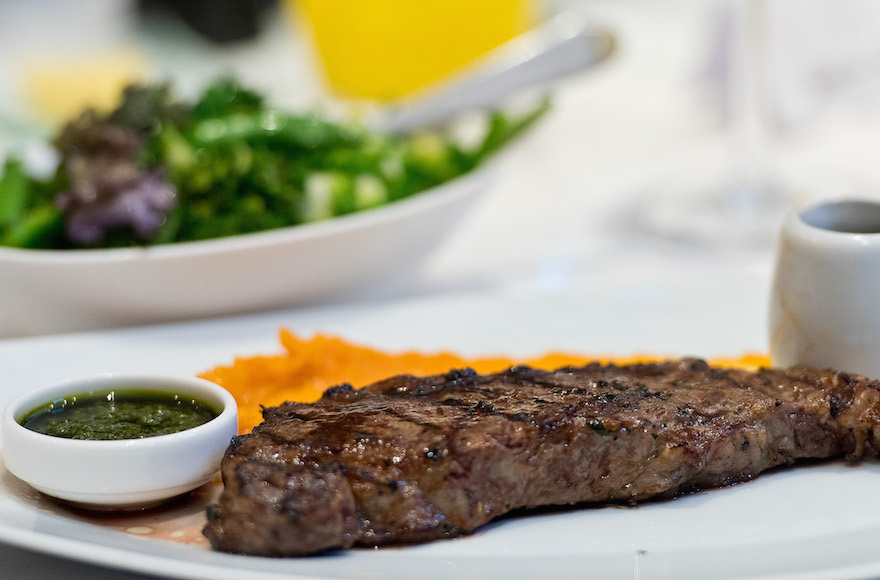 The kosher restaurant scene today has come a long way from the pastrami sandwiches and matzah ball soups of old (though you can still get those, too). Now more than ever, kosher fine-dining options abound for observant Jewish consumers looking for a great restaurant experience.

In New York, the cutting edge of the kosher world, a few innovative chefs are pioneering the way. Here are four star chefs whose creations are definitely worth a night out, a stop on your next visit to New York or a bite on your next flight. 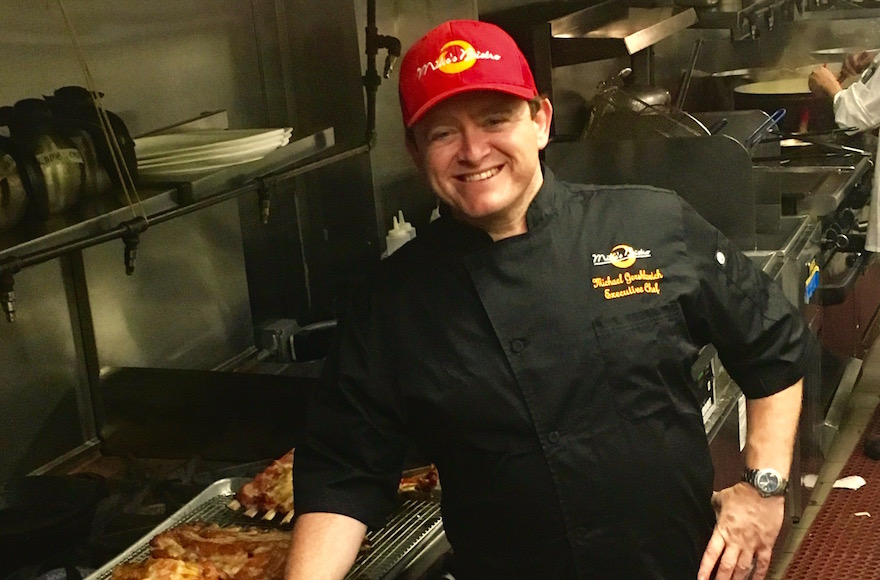 Chef Michael Gershkovich uses the skills and flavor knowledge he gleaned from years of study in the non-kosher world to infuse the kosher cuisine at his New York restaurant, Mike’s Bistro. (Courtesy of Gershkovich)

Michael Gershkovich’s chef-driven eatery in Midtown Manhattan is ruled by seasonal produce and high-quality ingredients. Packed most days with Jewish and non-Jewish diners, Mike’s Bistro is a great restaurant that just happens to be kosher.

“I am so humbled when I look around,” Gershkovich said with a grin amid a bustling dining room.

Gershkovich could not have imagined such a scene decades ago, when he was a bright-eyed yeshiva kid in Brooklyn. Born in Rome and raised in Flatbush in a religious household, Gershkovich’s first language was Yiddish, and he grew up expecting a life of study.

But the seeds of an alternative life path were planted in his mother’s kitchen.

“My mother made me hot meals every day,” Gershkovich said. “Other kids were eating peanut butter-and-jelly sandwiches; I was eating savory French toasts. Cereal with milk wasn’t exactly how I started my day. I ate a warm bowl of polenta.”

Those early flavors instilled in him a deep, abiding love of food, and Gershkovich’s tastes and willingness to experiment grew. At the Culinary Institute of America, he fell in love with all manner of non-kosher foods — suckling pig, foie gras, scallops. He traveled, working through kitchens in California’s Napa Valley and Hawaii, tasting everything along the way.

But home beckoned. Although his personal relationship with kashrut is in flux — “I may be kosher one year, I may not be the next” — he knew that to truly represent his culinary ethos, any restaurant he ran would have to be kosher. Mike’s Bistro is certified by the Orthodox Union.

“I think they are the best in the business,” Gershkovich said of the O.U. “They have respect from the entire Jewish world. Everyone relies on their research. They aren’t zealots, but they are serious and strict.”

As for Gershkovich’s personal need to run a kosher kitchen?

“My world is kosher,” he said. “My friends are kosher. My father is kosher. I’m still a Yiddish-speaking Jew. I have Hasidism in my bones.”

Using the skills and knowledge of flavors gleaned from years of study in the non-kosher world, Gershkovich resolved to translate them to a kosher audience. Consider one of his newest menu items, a salad based on a classic BLT sandwich. Instead of bacon, Gershkovich crisps up veal or lamb charcuterie, giving it pancetta-like flavor and consistency. But the tomatoes are the star: perfectly sweet and flavorful, and bolstered with shaved Vidalia onions and a spicy garlic aioli.

“The attraction might be the fact that it’s a BLT — a classic non-kosher flavor profile — and yes, the ‘bacon’ we use is crispy and beautiful, but in the end, it’s really just about appreciating the wonderfully perfectly ripe tomato,” he said. “I feel very blessed to be doing what I’m doing.”

Naysayers should order the porchetta sandwich, he suggested. Traditionally made with roast pork, Mike’s Bistro treats veal like porchetta and serves it in a sandwich with sticky peach puree, another classic flavor pairing for pork. It more than stacks up against its non-kosher namesake. 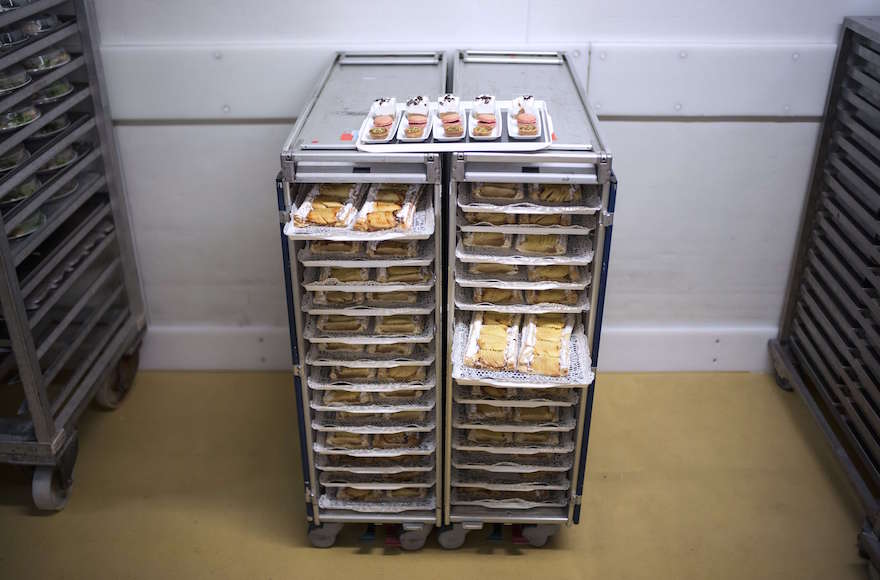 When Issac Sabag first began hearing the stories from friends about airline travelers jealously eyeing their fellow travelers’ kosher meals, his ears perked up. As the CEO of the New York-based Borenstein Caterers, Sabag oversees production of kosher meals for almost every major airline in the United States. Something curious, he sensed, was afoot.

“Let’s say you don’t eat kosher. You get your meal, and the religious Jewish people get the kosher meal,” he said, retelling a story he has heard time and again. “The kosher meal looks better than the regular meal the airline serves because it comes shrink-wrapped. It looks special, with a special label. Nobody touches it, so it seems more hygienic. Those people say, ‘How come we paid for the same ticket, but he got that and I got this?’”

“We are the leading and almost the biggest provider in the U.S. for kosher food,” he said. “Not just airlines. We also serve cruises, Amtrak and some retail businesses. But we have a lot of room to grow.”

Sabag sees a future marketing kosher meals to non-kosher consumers, particularly in institutional settings where the regular meals on offer don’t have the best reputation, such as schools, hospital cafeterias or prisons.

“More and more people are asking for kosher because of the trust,” he said. “It’s clean, the quality of the food is good, and so on. We just need to do more marketing.”

Years ago, Sabag managed one of the biggest catering companies in Israel, overseeing production of more than 100,000 meals a day for airlines and workplaces. In the course of 30 years he modernized production and storage methods, boosting business in the process. He believes Borenstein Caterers — and the future of kosher cuisine — can benefit from the same thinking.

“I believe in kosher food,” Sabag said. “I see opportunity to grow in this area.”

Meat on his mind: Joey Allaham of The Prime Grill 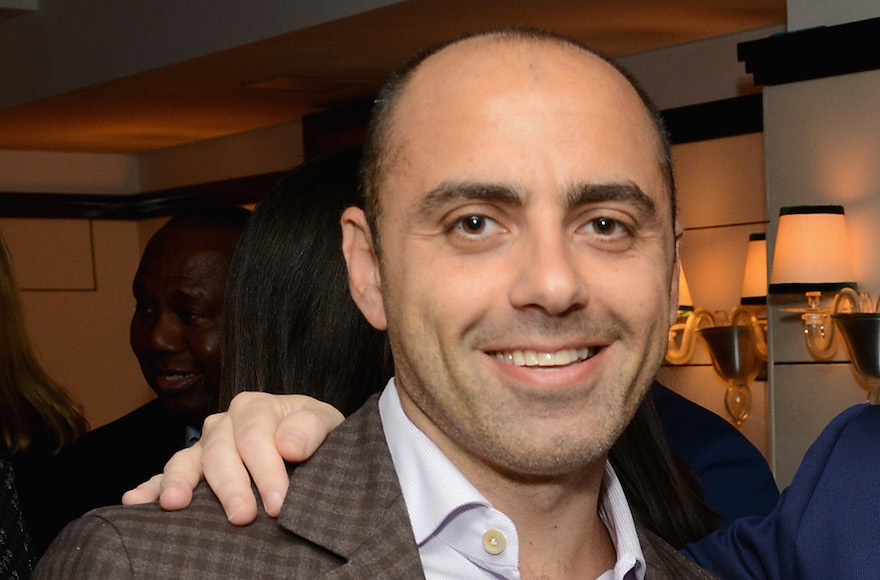 Joey Allaham of The Prime Grill says he always had a thing for raw beef. (Noam Galai/Getty Images for DuJour)

Joey Allaham knows meat. Born to family of kosher butchers in Damascus, Syria, Allaham came to New York with dreams of getting away from the family business. But it wasn’t long before he realized meat was his destiny.

“I always liked raw beef,” he said, describing a predilection stretching back to early childhood. “Everyone else ate it well done, but the second you’d throw it in the fire, I’d want to eat it. It’s been that way for as long as I can remember.”

He started a wholesale business for caterers in Brooklyn, all the while plotting to open his first restaurant. In 2000, he opened The Prime Grill, a high-end steakhouse on Madison Avenue catering to the expense-account set.

After a 2012 meal at Prime at the Bentley, singer Ricky Martin told Tablet, “I couldn’t believe the food was kosher. It was all so good.” 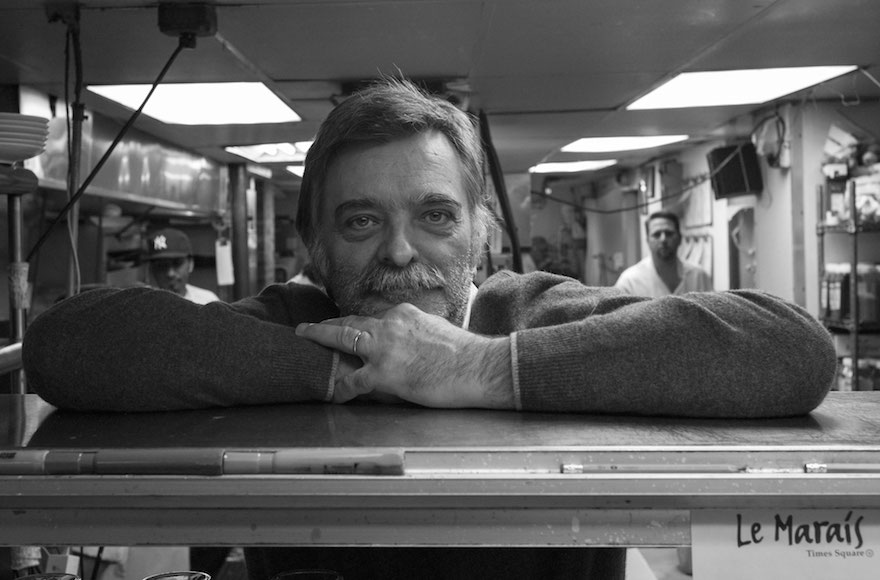 A Portuguese Catholic immigrant to New York trained at the former French Culinary Institute, Meirelles first made a name for himself as one of the forces behind Brasserie Les Halles, the long-running French restaurant once home to Anthony Bourdain. Seeing the restaurant’s runaway success, Meirelles’s lawyers — who were Jewish — approached him with an idea: Why not create a kosher version of Les Halles?

“I was skeptical from the beginning,” Meirelles recalled. “I could not use butter for the meat! We had to close Friday and Saturday! All the good stuff. But ultimately we decided it would be a good idea.”

Fine-dining options for kosher patrons, his lawyers told him, were few and far between.

“When they had to deal with people who were kosher, they had a hard time finding a place to go for a meal,” Meirelles recounted. “They refused to go to kosher restaurants because from their perspective they were not good. There was a huge clientele and a good business opportunity.”

Le Marais opened in 1995 as a near copy of Les Halles, right down to the font on its menu. But translating classic French fare to a kosher audience required some creative thinking.

“In the beginning it was very challenging because we had a way of doing things,” Meirelles said. “In my mind, you finish the sauces with butter, or use some pork fat or smoked pork. I really had to work to come up with solutions for things.”

Outside the kitchen, working with suppliers also presented significant challenges. In 1995, the kosher ingredients available to Le Marais “were not good,” he said. Even finding something as simple as French mustard was a headache.

But he was able to work out the kinks, and diners noticed. Today, Le Marais is one of the most popular kosher restaurants in New York. Last year, the restaurant sold about 400 steaks a day, which translates to 800 pounds of beef. But competition is much steeper than it used to be.

“It’s not like 10 years ago — there are a lot of good kosher restaurants opening up,” Meirelles said. Not that he minds.

(This article was sponsored by and produced in partnership with the Orthodox Union, the nation’s largest Orthodox Jewish umbrella organization, dedicated to engaging and strengthening the Jewish community, and to serving as the voice of Orthodox Judaism in North America. All four chefs featured in this story work at O.U.-certified establishments. This article was produced by JTA’s native content team.)