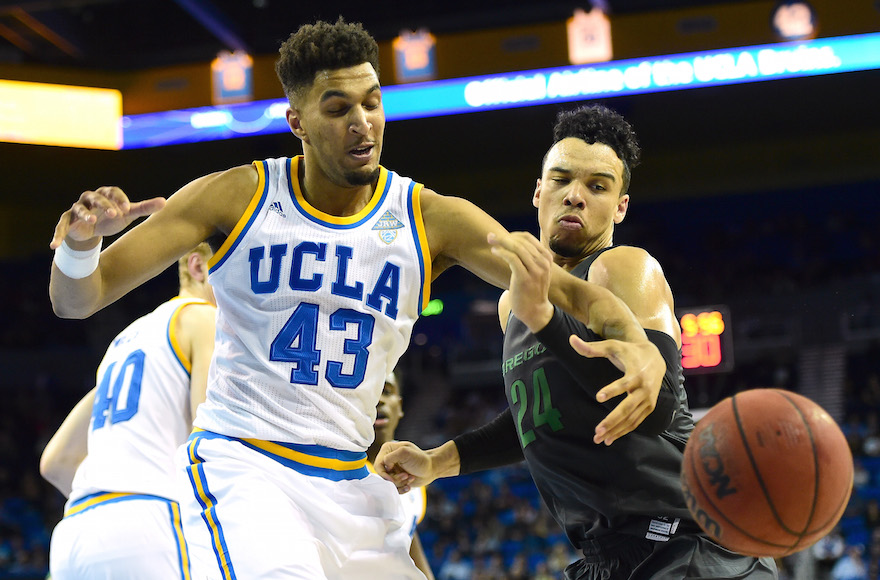 (JTA) — Jonah Bolden, a second-round pick by the Philadelphia 76ers in the 2017 NBA draft, will play in Israel for Maccabi Tel Aviv.

Bolden, 21, a 6-foot-10 forward, made the announcement Friday that he had signed a three-year deal with the most prominent basketball team in the Israeli Premier League. The deal has an NBA opt-out clause, Fox Sports reported.

Fox Sports reported that the 76ers plans to have Bolden, the 36th pick overall in last month’s draft, play overseas for one year and then bring him back to the United States to play when there is room on their roster.

“Jonah is a very talented young player with great potential, an athletic forward who knows how to shoot the ball and a great guy who likes to work hard,” Maccabi head coach Neven Spahija told the EuroLeague basketball website. “We believe he will develop into a great player.”

Bolden played for FMP Belgrade of Serbia  in the Adriatic League this past year. He played in college for UCLA from 2014 to 2016.