This Jewish player won the World Series of Poker’s $8.15 million with a pair of 2’s 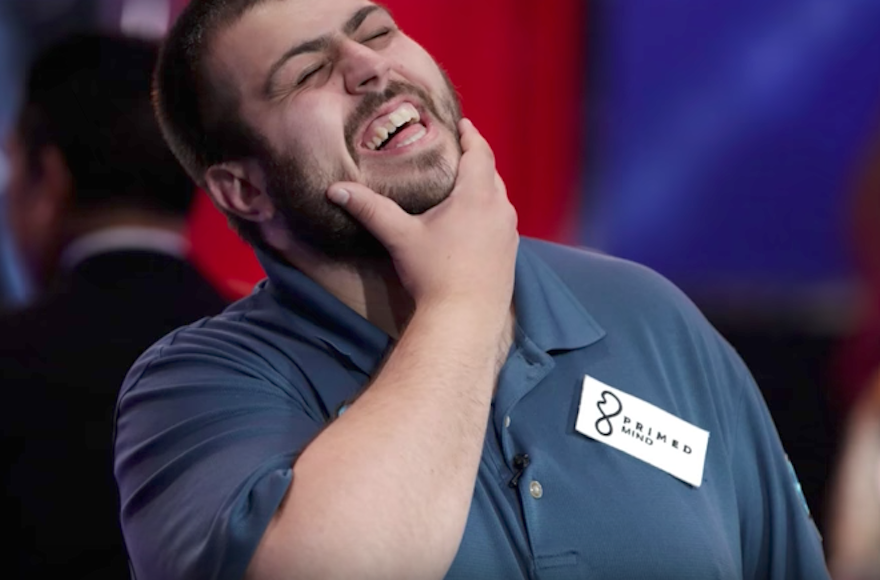 Scott Blumstein won the World Series of Poker with a pair of twos. (Screenshot from YouTube)
Advertisement

(JTA) — Scott Blumstein admits it: He never expected to get the card he needed to become the World Series of Poker champion.

Blumstein, 25, of Brigantine, New Jersey, pulled a deuce on the river — the final card of a poker round — to win with a pair of twos in a dramatic finish Sunday to poker’s most prestigious event.

The Temple University graduate — with a degree in accounting — took home the $8.15 million prize in the Texas Hold ‘Em tournament at the Rio in Las Vegas, as well as the coveted WSOP bracelet.

The odds of Blumstein, a Jewish player making his debut in the event, getting the needed deuce? About 93 percent against.

“I’m going to be honest, I was probably not as positive as I wish I was,” Blumstein was quoted as saying by ESPN following his victory. “My mental coach is going to be mad at me that I wasn’t expecting a deuce.”

Blumstein topped a field of 7,221 players, the third largest in history, and dominated much of the final table. He grabbed the chip lead on Thursday and never relinquished it.

This wasn’t his first major victory: Last year Blumstein won nearly $200,000 at a tournament in Atlantic City, near where he lives.

Blumstein has been described in poker magazines and on television as a “grinder” — one who plays a lot of poker and considers it a career. It looks like that won’t change for the foreseeable future.

“A normally inconsequential [card] — the deuce — changes my life,” he said on ESPN, which televised the tournament.

His pair of deuces knocked out Dan Ott, a Pennsylvania, who picked up $4.7 million for finishing second. Frenchman Benjamin Pollak was third and won $3.5 million.