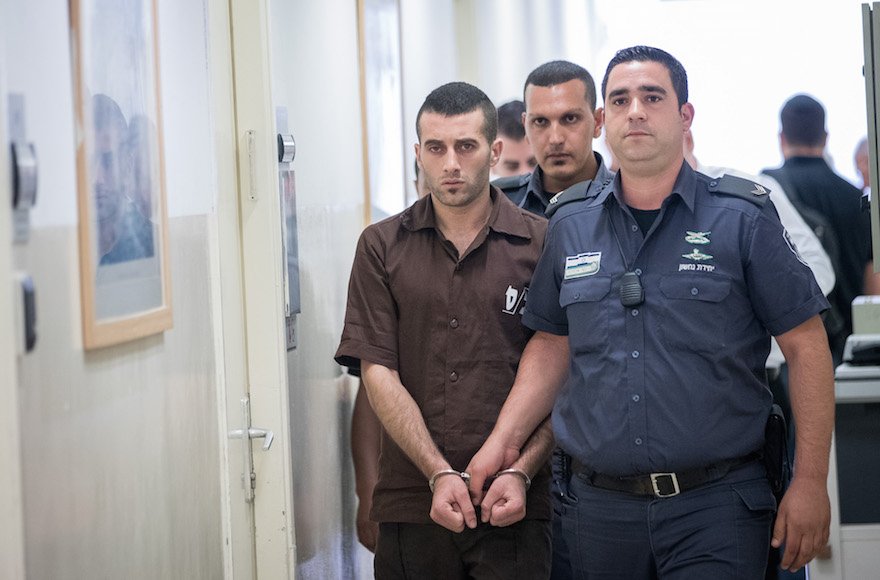 Muhammad Harouf, a Palestinian resident of Nablus is brought to the Jerusalem Magistrate's Court on suspicion of murdering his partner Michal Halimi, Aug. 2, 2017. (Yonatan Sindel/Flash90)
Advertisement

Michal Halimi, 29, from the West Bank settlement of Adam, has been missing for more than two months. Her body was found in Holon, on the coast of central Israel, on May 24.

Halimi reportedly was eight months pregnant, as well as reportedly married to an Israeli man.

She had left her home voluntarily to move in with her boyfriend, Muhammad Harouf of Nablus, the police said in a statement Wednesday. Police said that based on both of their Facebook pages, the couple had intended to get engaged and be married.

When Harouf was first interrogated there were contradictions in his responses, which led to a continuing investigation and questioning of other witnesses to the couple’s relationship, according to police.

Police interrogated Harouf several more times before he confessed and reconstructed the murder for police. He said he met Halimi in Holon, choked her, threw stones at her head, buried her and left the area in her car, according to police.

A motive for the murder has not been determined, but in the courtroom at the Jerusalem Magistrate’s Court on Wednesday, Harouf kicked a prison guard and yelled, “I’ll kill all the Jews,” the Ynet news website reported. “I wanted to free prisoners,” he yelled to reporters as he exited the courtroom.