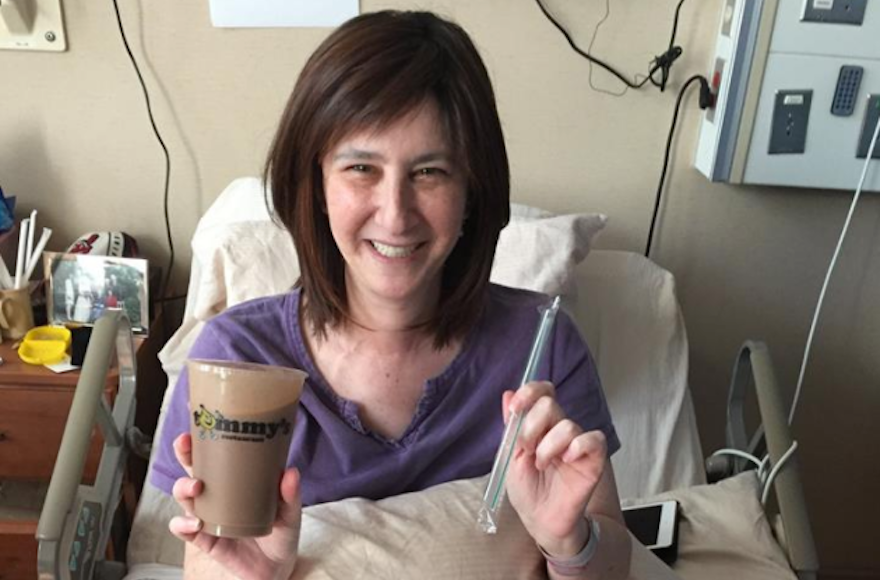 (JTA) — There is nothing like a good friend and a good milkshake.

In a Facebook post that has been shared more than 1,200 times, and liked and loved nearly 4,000 times, a Washington, D.C., man explained how he helped fulfill a dying friend’s wish for a cold and refreshing taste of home.

Emily Pomeranz, 50, was in hospice in Virginia with pancreatic cancer when her high school friend and fellow Cleveland Heights, Ohio, transplant Sam Klein visited and asked if she needed anything.

“I wish I could have one more Tommy’s mocha milkshake,” Emily told Sam, referring to an iconic restaurant on Coventry Road in the largely Jewish suburb.

Tommy’s Restaurant once was a place for suburban counterculture Clevelanders to meet. Now it serves a more yuppie crowd.

Klein said he contacted the 47-year-old restaurant’s owner, named – you guessed it –Tommy, last name Fello, in an effort to grant Emily what would be one of her last wishes. (She also asked for a Cleveland Indians hat, which Sam also gave her. Go Tribe!)

Lots of dry ice, a frozen mocha milkshake, a $123 UPS overnight bill and nearly 400 miles later, Emily had her milkshake. Her wide smile and the milkshake can be seen in a photo Sam posted on his Facebook page.

“Seeing her in that picture was just something else, I’ll tell ya. What a reward,” Tommy Fello told the Fox affiliate in Cleveland. “I was so happy it worked. I wasn’t sure how it was going to work, and Sam called me and said it worked. We called it the ‘Milkshake Mission,’ or something like that, ‘Mission Impossible.’”

Sam told Fox that he is sure Emily would love the fact that her story is making the rounds and making people feel good.

“She got a lot of momentum out of not only being able to enjoy something as special as a childhood nostalgic milkshake, but the fact so many people were smiling about her,” Sam said. “A lot of people have said ‘this made me feel good’ and I know Emily would love the fact that she’s making people feel good even though she’s not here with us anymore.”

Sam urged people living in or visiting Cleveland to visit Tommy’s and thank him for going above and beyond to get Emily her milkshake.