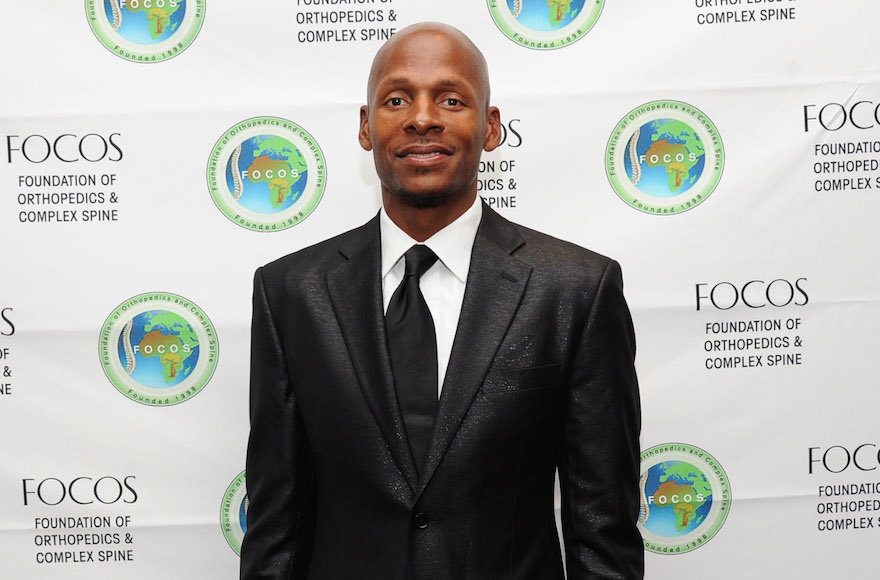 (JTA) — Until recently, Ray Allen was known for being the NBA’s all-time leader in made three-pointers.

He had also described his interest in the Holocaust for the museum back in 2010. (Herb Kohl, the former owner of the Bucks, introduced Allen to the museum when he played for the team.)

An interview with ESPN’s The Undefeated in April increased the internet’s interest in Allen’s off-the-court passion. In that article, he mentioned that he had plans to visit Auschwitz.

Well, Allen did visit Auschwitz in the end — and he has penned an incredibly moving article about the trip for The Players’ Tribune, a site showcasing writing by professional athletes.

In the piece, Allen mentions the “heavy” air he felt at the gates to the former concentration camp, and he also describes visiting a house where a Polish family hid Jews in a small hole in the floor.

“I had seen so many documentaries and films on Auschwitz, but nothing really prepares you for being there,” Allen wrote.

In addition, he responded to people who have criticized him on social media for caring more about Holocaust education than issues facing the African-American community.

“The people who believe that I am not spending my time the way the right way … well, they’re missing the entire point. We shouldn’t label people as this thing or that thing. Because by doing so, you create these preconceived notions, which is how we get into these horrible situations in the first place,” he wrote.

Read the full article at The Players’ Tribune.