Elicia Brown Pomeroy, journalist who wrote movingly about her cancer diagnosis, dies at 48 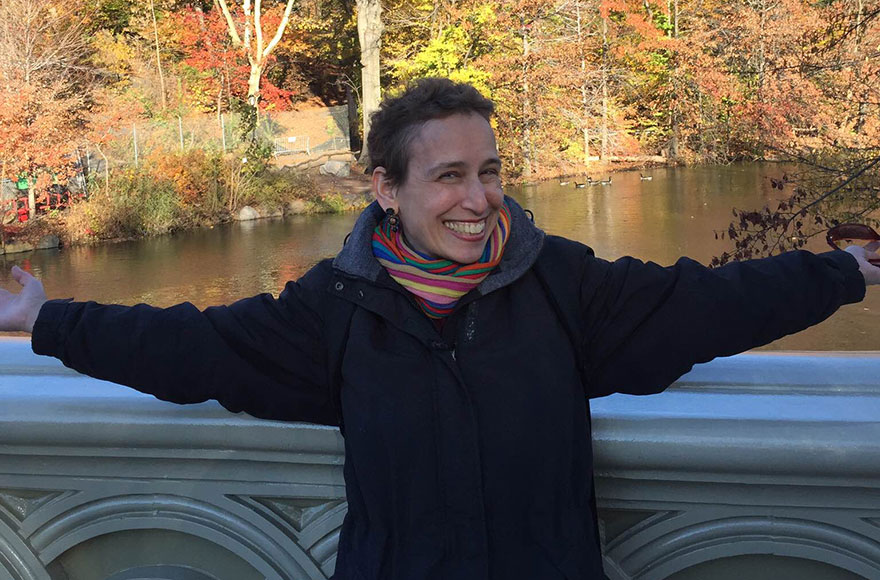 (JTA) — New York writer Elicia Brown Pomeroy, who wrote for JTA and other publications about her battle with ovarian cancer, has died.

Brown was buried next to her sister-in-law in a small Jewish cemetery in Sag Harbor, New York, on Sunday. She was 48.

In November 2015, Brown wrote a column for JTA describing how she received her diagnosis of ovarian cancer on the day that her husband’s sister died of a similar disease. The column, At Hanukkah, finding light in a time of illness and darkness,”  earned Brown a Rockower Award for Excellence in Personal Essay the American Jewish Press Association.

Brown wrote a regular column for The New York Jewish Week for many years, where she also worked as a staff writer. She also contributed to the Forward and JTA, as well as other publications.

She was a graduate of Barnard College and received a master’s degree in journalism from Columbia University.

She is survived by her husband, Jeremy Pomeroy, and two teenage children.