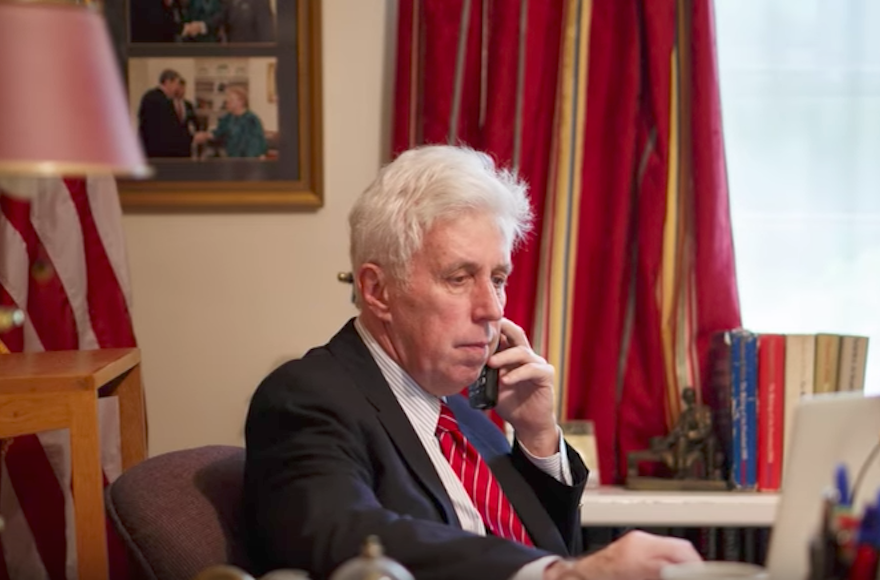 (JTA) — CNN severed ties with a prominent Donald Trump defender after he tweeted the words “Sieg Heil!” at a liberal activist.

“Nazi salutes are indefensible,” a CNN spokesperson said in a statement, according to CNN.

Earlier this week, Lord engaged in a heated argument on Twitter with Angelo Carusone, the president of the liberal group  Media Matters for America. Lord wrote a column for The American Spectator published Thursday morning calling Carusone’s group, which had been promoting an ad boycott against Fox News host Sean Hannity, as the “Media Matters Fascists.”

The article, titled “Fascist Media Matters Moves to Silence Hannity,” described Carusone’s group as “anti-free speech bigots who, in typical fascist style, make it their mission to shut down speech they don’t like.”

Lord shared the column with Carusone on Twitter Thursday. “Your headline has a mistake in it,” Carusone responded. “Why do you expect anyone to take you seriously when you don’t take yourself seriously.”

Responding to a storm of criticism, Lord defended his tweet by saying he was “mocking a fascist.”