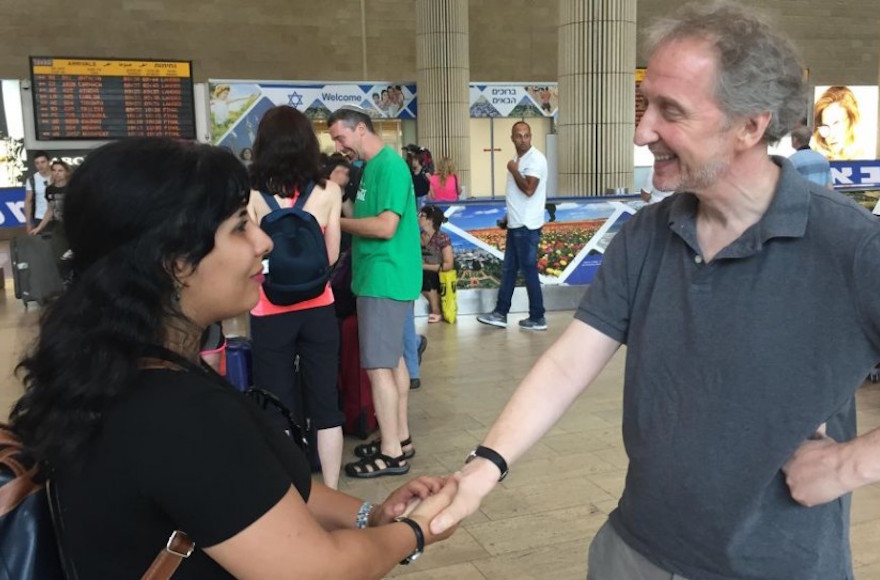 JERUSALEM (JTA) — An Iranian journalist who has been working in Turkey for an Israeli news website arrived in Israel after seeking asylum.

Nada Amin, who contributed to the Times of Israel’s Farsi-language news website, landed in Israel on Thursday morning on a tourist visa and will officially request asylum.

Turkey had informed Amin last month that she has been stripped of her refugee status and was to be deported to Iran, which she fled three years ago and where she would likely face the death penalty for her writings. She reportedly was accused of being a spy for Israel.

Interior Minister Aryeh Deri issued the visa for her entry into the country after being petitioned by Israeli journalism unions and the Times of Israel. He tweeted “Welcome to Israel” after learning of her arrival.

“This journalist faces real danger to her life only because she wrote columns for an Israeli news site,” Deri said earlier this week. “Under these clear humanitarian circumstances, I approved her entry without hesitation.”

“As soon as we brought Neda’s case to the attention of the Israeli authorities, everybody was helpful and professional,” Times of Israel Editor David Horovitz said, according to the news website.

Amin did not arrive in Israel on the next flight to Turkey after the approval, leading to speculation that she had been arrested by Turkish authorities, a rumor that was later denied by the Times of Israel. The news website purchased Amin’s ticket for her.