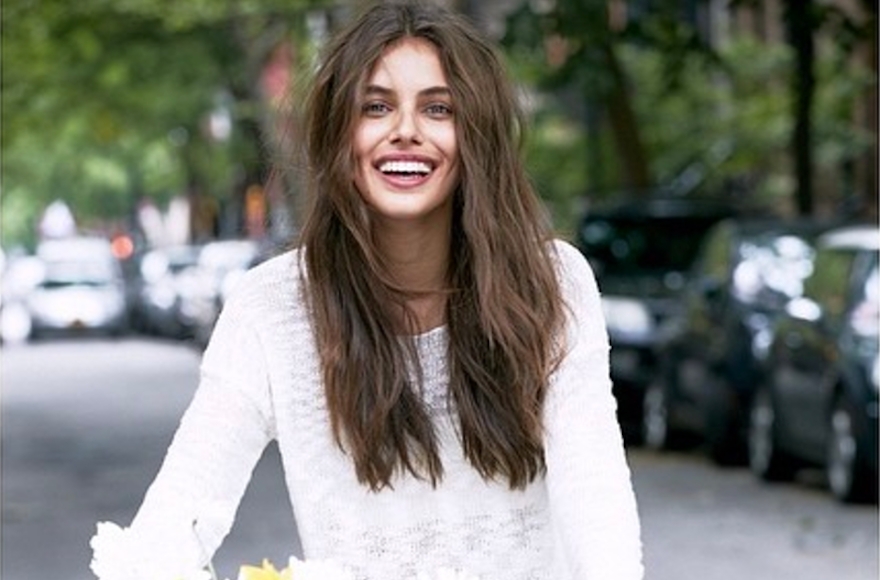 TEL AVIV (JTA) — A leading Israeli fashion model was seriously injured while riding an electric scooter in Tel Aviv, bringing renewed public attention to the danger posed by such vehicles.

After the accident Sunday on busy Rothschild Boulevard, paramedics treated Shlomit Malka and took her to Ichilov Hospital with a head wound. She was sedated and put on a respirator in the intensive care unit, but the hospital said her life was not in danger.

Malka has been featured in major international campaigns for the likes of L’Oreal, Ralph Lauren and Maybelline. She has appeared on the cover of fashion magazines such as Cosmopolitan, Glamour and Elle.

News of Malka’s injury drew calls for further regulation of electric bicycles and scooters. In one Facebook comment on a Channel 2 story about the accident, a woman wrote, “Get well – I’m sorry to catch a ride on this, [but] maybe now they’ll take care of electric bicycle phenomenon and outlaw them.”

Electric bicycles and scooters have in recent years grown in popularity in Israel, touted as a cheap and environmentally friendly way to get around town without working up a sweat in the Israeli heat. But many have complained that the vehicles whizzing along sidewalks and bike paths across the country are an annoyance and a hazard.

Experts and activists have shown that the threat is real. Earlier this month, Dr. Oren Tavor, a physician at Ichilov, told the Al-Monitor news website that the number of people injured in bike accidents doubled in the past five years, from 629 in 2012 to 1,438 in 2016. Among children, injuries almost tripled over that time, going from 89 to 252.

“In no other area is there a similar increase in injuries,” he said.

Previous high-profile accidents involving electric bikes have helped persuade officials to take action. In 2015, an elderly man was run over by an electric bike and killed. The rider was never caught.

Later that year, the southern city of Beersheba banned electric bikes in certain parts of the city. And in March, the Knesset raised the minimum age for riding electric bikes to 16 from 14, and applied regulations on the bikes to electric scooters as well. The following month, Tel Aviv banned all bikes from the city’s sidewalks.

There are also limits on how fast and heavy bikes and scooters can be, and riders must wear helmets.

But some have alleged such regulations are poorly enforced and even urged the reinstatement of the ban on them that was lifted in 2010. It was in the wake of that decision that the European trend came to Israel’s shores, with tens of thousands of electric bikes being imported every year.

Others have focused on the condition of the stretch bike path on which Malka reportedly fell off her scooter. Photographs from the scene show the area was wet and slippery from the automatic sprinklers that water the grass and trees on the boulevard.

On learning of Malka’s injury, friends and family — including new husband Levi — rushed to the hospital to see her. They told the Hebrew media that they were shocked at what happened to her.