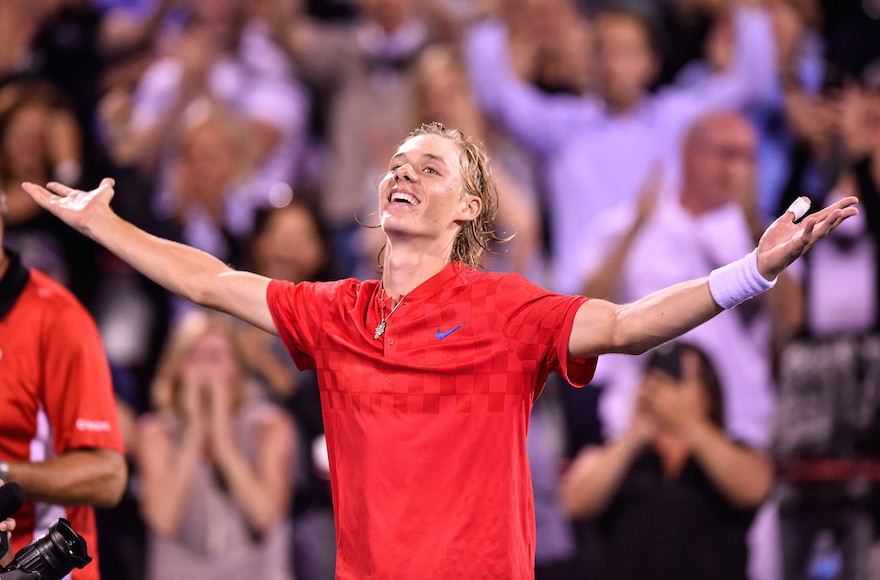 Denis Shapovalov of Canada celebrating his victory over Rafael Nadal of Spain during day seven of the Rogers Cup presented by National Bank at Uniprix Stadium in Montreal, Aug. 10, 2017. (Minas Panagiotakis/Getty Images)
Advertisement

Shapovalov is a Canadian who was born in Tel Aviv. His parents had emigrated from the former Soviet Union.

On Friday, Shapovalov advanced out of the quarterfinals by defeating Adrian Mannarino of France, 2-6, 6-3, 6-4.

Shapovalov is the second youngest player ever to defeat Nadal since the Spanish champion turned pro in 2001. Earlier in the tournament he upset the 2009 U.S. Open champion, Juan Martin Del Potro.

He became the youngest player to reach the tournament’s quarterfinals since Bjorn Borg in 1974. His world ranking rose to 66 from 143.