Larry David, Bernie Sanders and Scarlett Johansson learn about their family histories in ‘Finding Your Roots’ 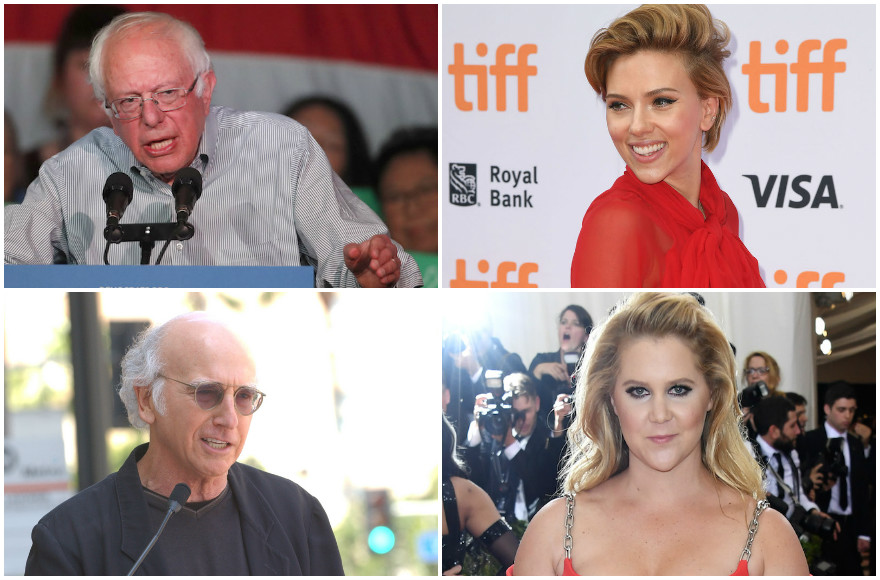 (JTA) — A number of Jewish celebrities learn about their backgrounds on the upcoming season of the PBS show “Finding Your Roots With Henry Louis Gates.”

A promotional video for the series, in which Harvard historian Gates helps celebrities trace their ancestry, features Larry David, Bernie Sanders and Scarlett Johansson as well as other famous Jews.

Some of the revelations in the show’s fourth season, which premieres on October 3, include the fact that Bernie Sanders and Larry David are related and that Scarlett Johansson had ancestors in the Warsaw Ghetto. The new season also includes the family histories of Paul Rudd (the promo includes a photo of him from what looks like could be his bar mitzvah) and Amy Schumer.

The season four celebrities join the company of other famous people with Jewish roots who learned about their family histories on television, including Dustin Hoffman, Jessica Biel and Lea Michele. Hoffman broke down in tears as he learned about the perseverance of his Jewish family in an episode that aired last year.