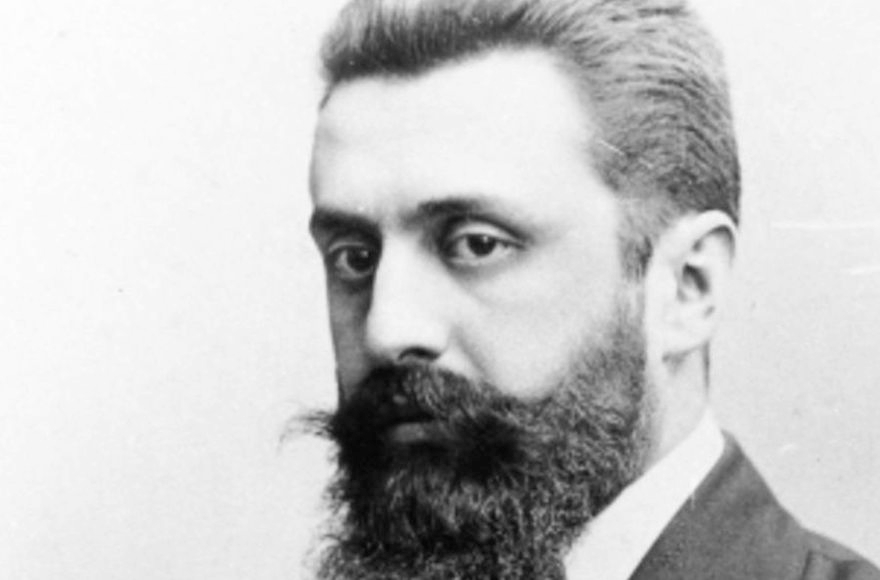 (JTA) — Ahead of the 120th anniversary of the First Zionist Congress that Theodor Herzl organized in Switzerland, 120 men and women named for him gathered in Herzliya to celebrate his legacy.

On Aug. 29, 1897, Herzl, a journalist who was born in what today is Hungary, convened in the city of Basel some 200 participants from 17 countries, including 69 delegates from various Zionist societies. The gathering, the first of its kind in terms of scale, is widely regarded as a watershed in the effort to create a Jewish state.

To honor his contribution to the establishment of the State of Israel in 1948, a group photo was organized for 120 men and women named after Herzl  at the Israel Air Force House in the coastal city of Herzliya, whose name also is a tribute to Herzl.

Among those photographed was Herzl Bodinger, a former commander of the Israel Air Force. On Friday, he told Army Radio that while his parents named him in honor of the Zionist activist, it was also the name of his paternal grandfather, who “disappeared in Romania during the war” and is presumed to have been murdered in the Holocaust.

Bodinger’s father immigrated to prestate Israel in 1933, where he married a Jewish woman from India. Bodinger’s uncle, Sammy, stayed in Romania and also named his firstborn son Herzl. Both the uncle and his son immigrated to Israel in the 1960s. Bodinger said his cousin also was at the photo shoot in Herzliya.

“They say no one is irreplaceable, but I don’t know if someone else could have started the great process that Herzl put in motion, with all the arguments, even on whether to establish a Jewish home in Uganda,” Bodinger told Army Radio. “It turned all right in the end, despite the arguments. Jews will always argue.”

Summing up the event he organized, Herzl wrote in his diary: “At Basel I founded the Jewish State. If I said this out loud today l would be greeted by universal laughter. In five years perhaps, and certainly in fifty years, everyone will perceive it.”

The Israeli Ministry of Foreign Affairs launched a campaign earlier this month on social media to celebrate the 120th anniversary. It set up an account on Twitter called @HerzlTweets, which features quotes by the visionary journalist.

Herzl has no direct descendants left today. His only grandson killed himself in 1946.