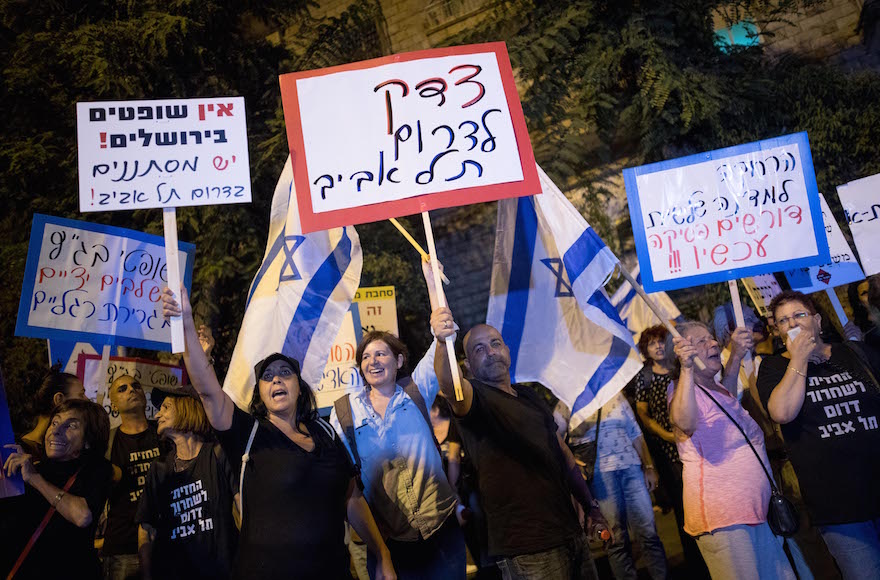 JERUSALEM (JTA) — About 1,500 people protested against the handling of corruption investigations against Prime Minister Benjamin Netanyahu.

The protest on Saturday night near the Petach Tikvah home of Attorney General Avichai Mendelblit was also held simultaneously in 17 other Israeli cities.

It is the 40th consecutive week that such protests have been held.

On Thursday, Israel’s Supreme Court ruled that the main demonstration held in Goren Square in Petach Tikvah should be restricted to 500 people. The other protesters gathered nearby, Haaretz reported.

The two main corruption scandals involving Netanyahu both concern allegations of illicit dealings with rich and powerful men. In the first, called “Case 1000,” Netanyahu is accused of receiving expensive gifts from billionaires and then taking action on their behalf. In the second, called “Case 2000,” he is accused of striking an illicit deal with a newspaper publisher.