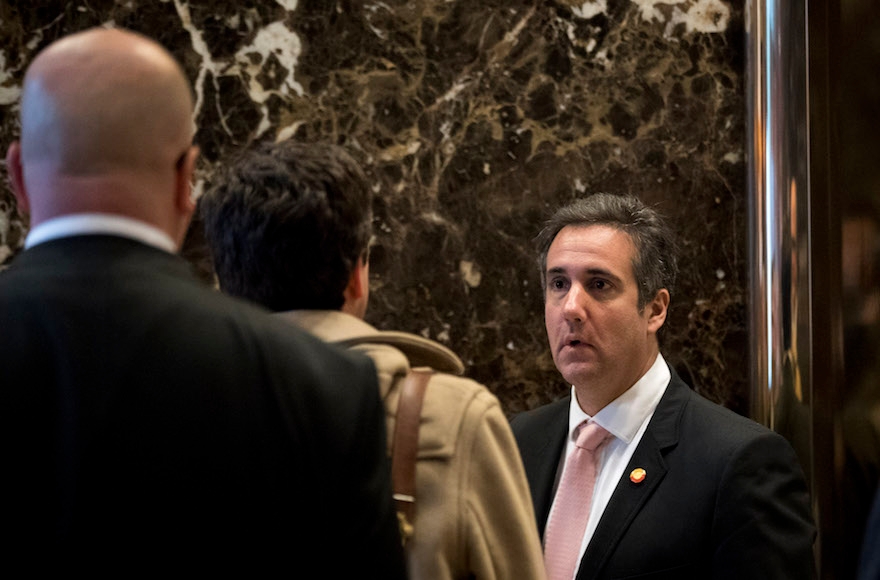 “I am hereby requesting your assistance,” Cohen wrote to Peskov regarding a Trump Tower development deal that he said was “stalled.”

Cohen continued: “I respectfully request someone, preferably you, contact me so that I might discuss the specifics as well as arranging meetings with the appropriate individuals. I thank you in advance for your assistance and look forward to hearing from you soon.”

The news come as federal investigators, under the leadership of Robert Mueller, are looking into whether Trump’s campaign colluded with Russia during the 2016 presidential campaign.

Cohen, the longtime attorney for President Donald Trump and executive vice president of the Trump Organization, said in a statement to congressional investigators that he had contacted Peskov at the suggestion of Russian-American businessman Felix Sater, who was helping facilitate the Moscow deal, according to The Washington Post.

Sater reportedly told Cohen that they could help Trump win the presidential election with the help of Putin.

“Our boy can become president of the USA and we can engineer it,”  Sater wrote in an email to Cohen, The New York Times reported Monday. “I will get all of Putins team to buy in on this, I will manage this process.”

Cohen, who sometimes served as a Trump surrogate during the 2016 campaign, said he did not recall hearing back from Peskov and that he gave up on the project two weeks after sending the email.

“It was a building proposal that did not succeed and nothing more,” he said, according to The Washington Post.