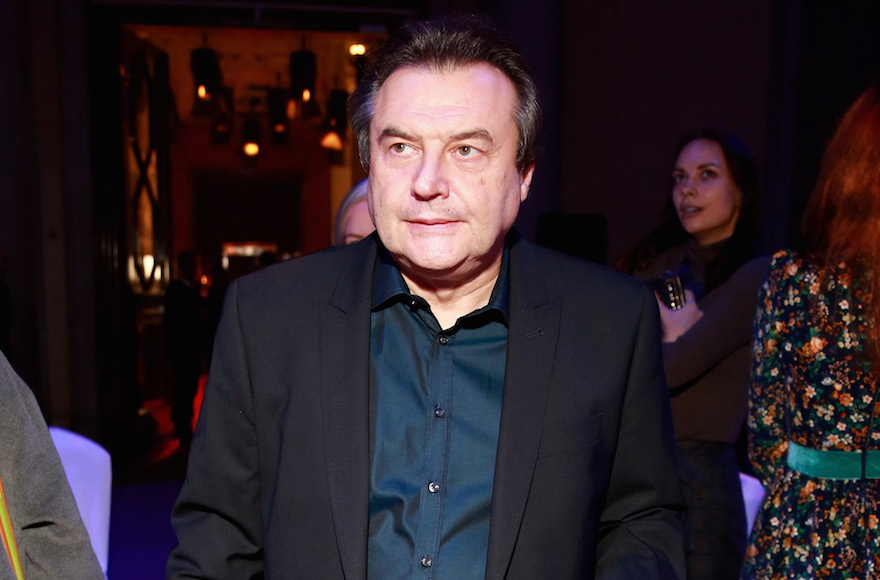 (JTA) – Firebombs were hurled at the studio of a renowned Russian-Jewish film director who is reviled by some nationalists for his controversial depiction of the love affair between Russia’s last czar and a ballerina.

The firebombs hit the windows of Alexei Uchitel’s studio in St. Petersburg on Wednesday night, causing a fire that was extinguished before it could cause serious damage to the building, RIA Novosti reported. The blaze did not spread into the studio’s interior.

Uchitel, whose film “Matilda” about the extramarital love affair of Nicholas II and the ballet dancer Matilda Kshesinskaya is set to premiere in October, told the Russian news agency that he did not know who perpetrated the attack.

The film has prompted protests by many devout Christians and several groups representing them, the news site Jewish.ru reported. They complained that the steamy sex scenes were immoral, and that the characterization of the relationship was historically false as well as an insult to Russia’s national honor.

Historians who have written about the relationship say that Nicholas II became fascinated with Kshesinskaya after seeing her left breast during a recital in 1890 due to a wardrobe malfunction.

The film was the subject of a parliamentary review commissioned by a conservative prosecutor from Crimea. The prosecutor, Natalia Poklonskaya, became a lawmaker in the Russian parliament for the party of President Vladimir Putin following Russia’s annexation of that territory from Ukraine in 2014.

The 40-page report by her four-member panel, which included specialists in religious studies, literature and psychology, stated that “Matilda” was an assault on Nicholas’ character. Despite ample documentation of his affair with the dancer in personal letters the two had exchanged, the report called their affair a “myth.”

Separately, a monument for communist fighters from the Soviet Union and beyond was defaced with anti-Semitic slogans in Madrid, Spain.

The monument for the International Brigades — a name for units of foreigners, including many Russians, who fought in Spain’s civil war during the 1930s against pro-fascist militias — was defaced Wednesday by unidentified individuals, Europe Press reported. They wrote the word “murderers” and drew a Star of David on the monument, as well as a symbol favored by white supremacists.