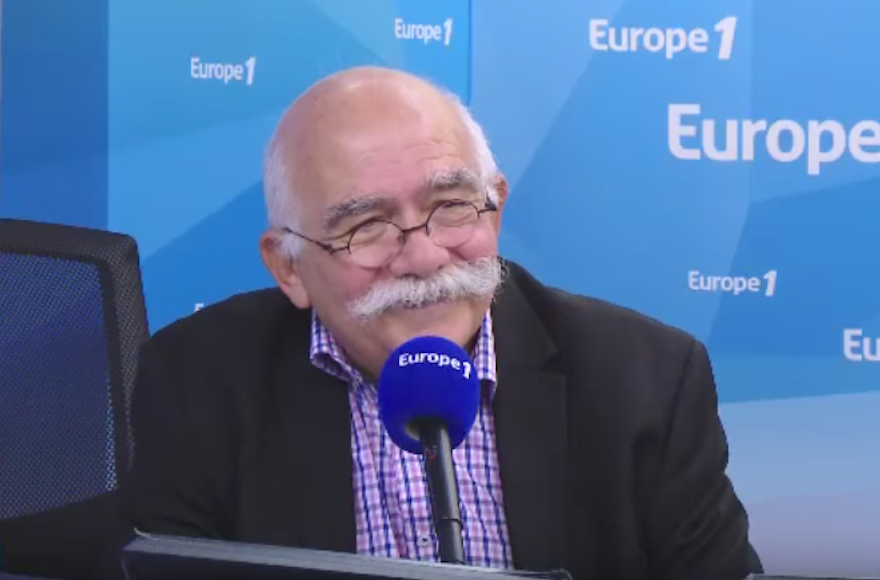 PARIS (JTA) – A former principal at a preparatory school for teenagers in Marseille said he regularly advised Jews not to attend his institution for fear of harassment by other students.

The revelation, which has grabbed front-page headlines in the mainstream media in France, came in a newly published book co-authored by the retired principal, Bernard Ravet, and Emmanuel Davindenkoff, a Le Monde journalist.

In an interview for the L’Express newspaper, Ravet recalled one case in which he as the principal of a public school asked a counterpart from a private Jewish school in Marseille to accept an Israeli boy whose mother wanted to enroll him at Ravet’s school.

Ravet said he “knew the boy would get beat to a pulp” as soon as the other students realized he was an Israeli Jew.

“Hiding my embarrassment, I asked the mother whether she had considered enrolling her boy at Yavneh,” a Jewish school in Marseille, said Ravet, who used to head the Versaille prep school in the same city. After the mother said Yavneh was full, Ravet intervened to have the boy accepted there anyway, he told L’Express.

Ravet first realized his school was not the place for Jews when a radio journalist, Edouard Zambeaux, asked some of his students during interviews whether there were any Jews studying in their institution.

“If there are, then they have to hide it,” one student said, sending “a chill down my back,” Ravet recalled.

Davindenkoff told JTA on Thursday that he considers it a “failure” for the public education system when one of its principals feels they need to refer Jews to private schools for their own safety or well-being.

Whereas 30 years ago the majority of French Jews enrolled their children in public schools, now only a third do. The remaining two-thirds are divided equally between Jewish schools and private schools that are not Jewish, including Catholic and Protestant institutions, according to Francis Kalifat, the president of the CRIF Jewish umbrella group in France.

“In the Paris region, there are virtually no more Jewish pupils attending public schools,” Kalifat told JTA last year, attributing their absence to “a bad atmosphere of harassment, insults and assaults” against Jews because of their ethnicity, and to the simultaneous growth of the Jewish education system.