When Vanity Fair editor Graydon Carter pretended he was Jewish 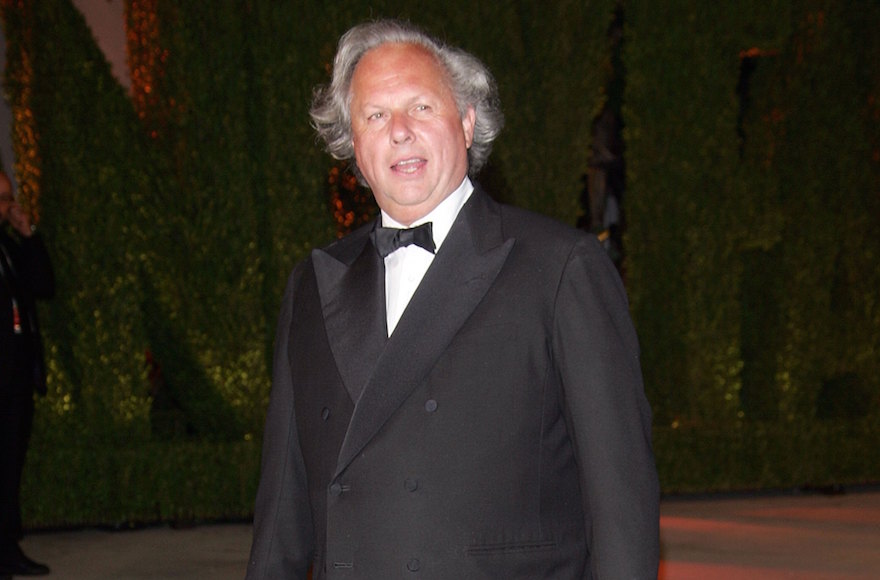 (JTA) — Vanity Fair editor Graydon Carter announced that he will step down after 25 years at the helm of one of the world’s best-known magazines.

Carter, 68, said Thursday that it was “simply time” for him to move on and enjoy some time off before deciding on a “third act.”

He had planned to leave a little earlier, he told Vanity Fair in an interview published online, but he wanted to stick around for Donald Trump’s presidency.

In 2000, New York magazine revealed that Carter for years had pretended to be Jewish during the 1970s.

A friend of Carter’s, Craig Walls, recalled one time when Carter told other journalists and writers at a party that his mother “would kill” him for eating pork. Asked why, he said, “Because I’m Jewish,” Walls recalled. Carter confirmed to New York magazine that he had pretended to be Jewish.

“I was reading a lot of Kerouac and a lot of Ginsberg,” Carter told the magazine. “And I thought, if you’re going to be an intellectual in New York, you’ve got to be Jewish. It wasn’t some experiment, like ‘Gentleman’s Agreement,’ or anything like that. It was just … I thought … I just found it. … I don’t know. It was so much more exotic than what I really was.”

Carter for years has had a gleefully hostile relationship with Trump, ever since he attacked the then swaggering New York property tycoon as a “short-fingered vulgarian” in Spy, a magazine Carter co-founded in 1986 prior to ascending to Vanity Fair in 1992 as successor to Tina Brown. In June this year, he excoriated Trump in a widely read editorial.

Carter created A-list parties each year in Los Angeles after the Oscars that attracted gaggles of celebrities. He left his mark on the magazine also by creating a complementary annual Hollywood issue with a fold-out portfolio of stars lavishly photographed by Annie Leibovitz, whom Carter helped turn into a legend.

But the magazine also honed its reputation with serious business and crime investigations, news analysis and a who’s who of upcoming business hotshots, moguls and upstarts from Silicon Valley to Wall Street.