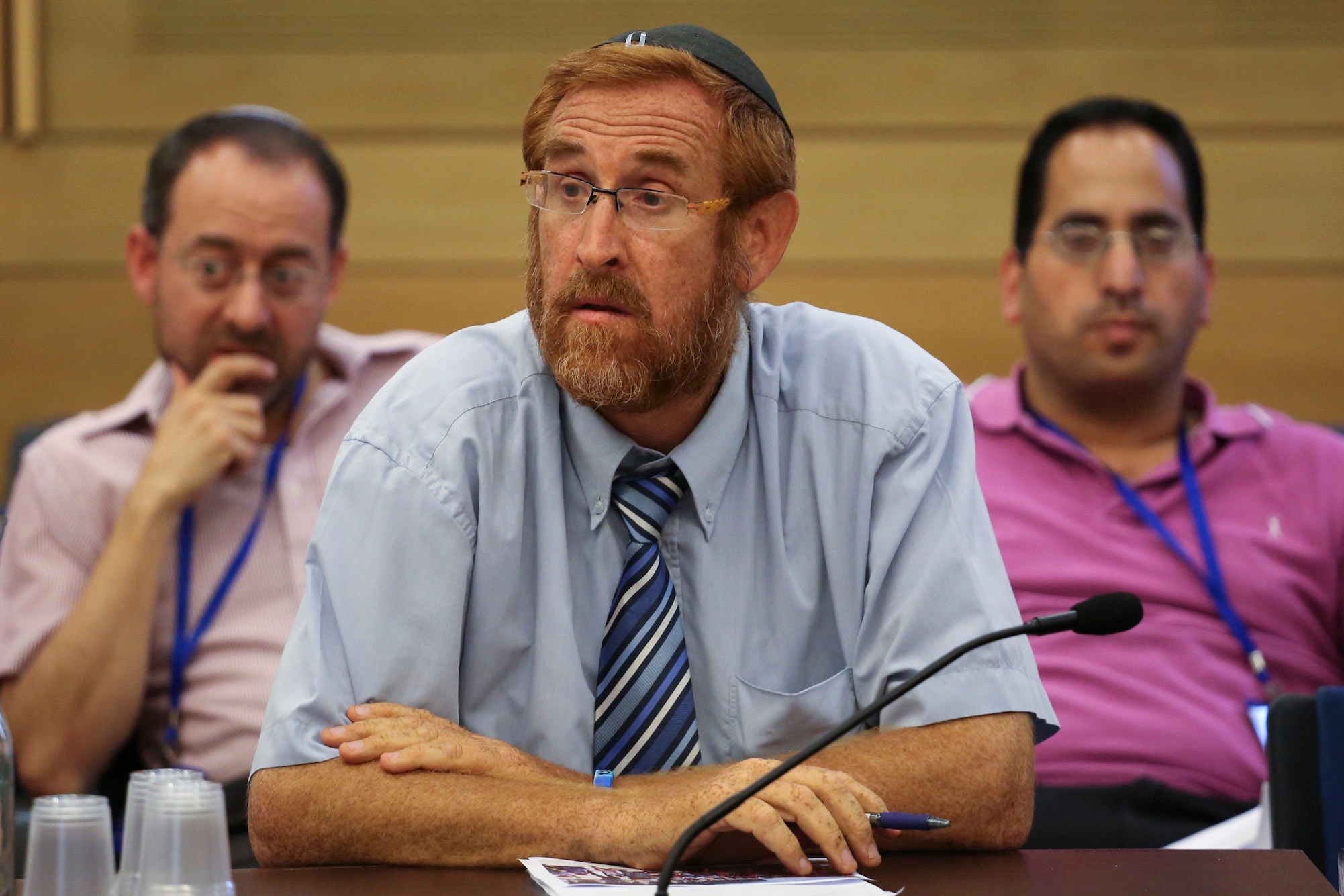 Right-wing activist, Yehuda Glick, seen during the Interior Affairs Committee meeting discussing visiting rules to the Dome of the Rock or Temple Mount compound, at the Knesset, on June 23, 2014. (Hadas Parush/Flash90)

Muhammad Sabir Jabir of Hebron was arrested on Sunday. The arrest came a week after Glick tweeted photos of his visit to Jabir’s home on the Eid al-Adha holiday.

The Palestinian Maan news agency reported, citing unnamed sources in the Palestinian Authority General Intelligence agency, that Jabir was detained over hosting Glick. It is not clear what Jabir is being charged with, Maan reported.

Members of Jabir’s extended family published a statement on Facebook saying that they “disassociated” themselves from Jabir after he hosted Glick, Maan reported.

Glick, a resident of the West Bank settlement of Otniel located south of Hebron, is a longtime activist for Jewish prayer rights at the Temple Mount, an issue that has caused tension between Israel and the Arab world.