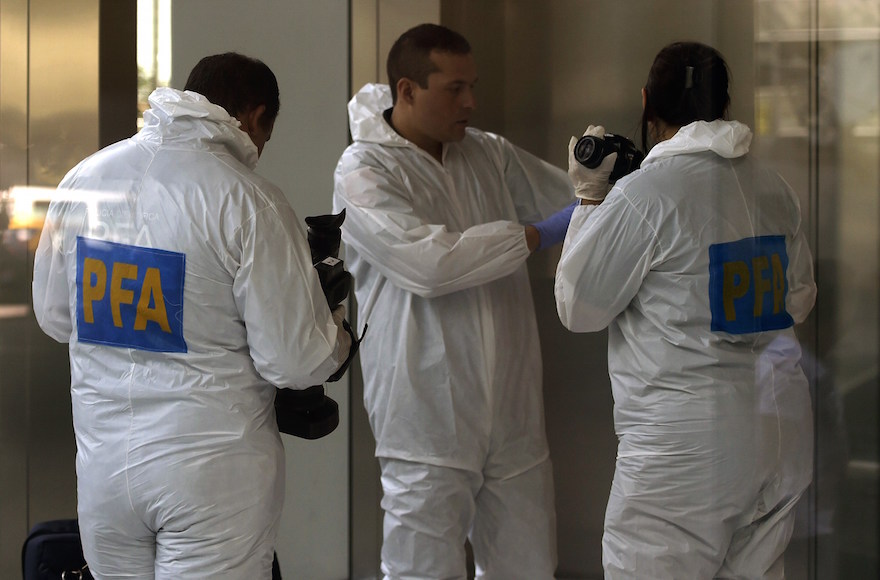 BUENOS AIRES, Argentina (JTA) — A team of forensic analysts has determined that Alberto Nisman, the special prosecutor who claimed that the president of Argentina covered up Iran’s role in the deadly bombing of a Buenos Aires Jewish center, was murdered and did not commit suicide, the South American nation’s media are reporting.

A new toxicology report on Nisman’s body found traces of the drug ketamine, an anesthetic used on animals, and posited that at least one other person forcefully held him down around the time of his death, the Infobae digital news outlet and the TN cable news network reported Thursday.

The team of investigators plans to present the report next week to Eduardo Taiano, the lead prosecutor looking into the circumstances of Nisman’s death. Taiano will then decide how to present the evidence to the Justice Department.

Nisman, who was Jewish, was found dead from a gunshot wound in his apartment in January 2015 on the morning before he was supposed to present a report on the 1994 AMIA Jewish center bombing to Argentine lawmakers. The suicide bombing killed 29 and injured hundreds.

Iran has been accused of coordinating the attack, and Nisman claimed that then-Argentine President Cristina Fernandez de Kirchner covered up the Islamic Republic’s role as part of a trade deal between the two countries. Since Nisman’s death, which was originally thought to have been a suicide, Kirchner has vehemently denied being involved in a cover-up.

Previous scientific tests showed that Nisman likely did not shoot himself, but the case languished until last year, when it was moved to a federal court that handles political murder cases.