At ceremony marking one year since Peres’ death: ‘You have left us much more to do’ 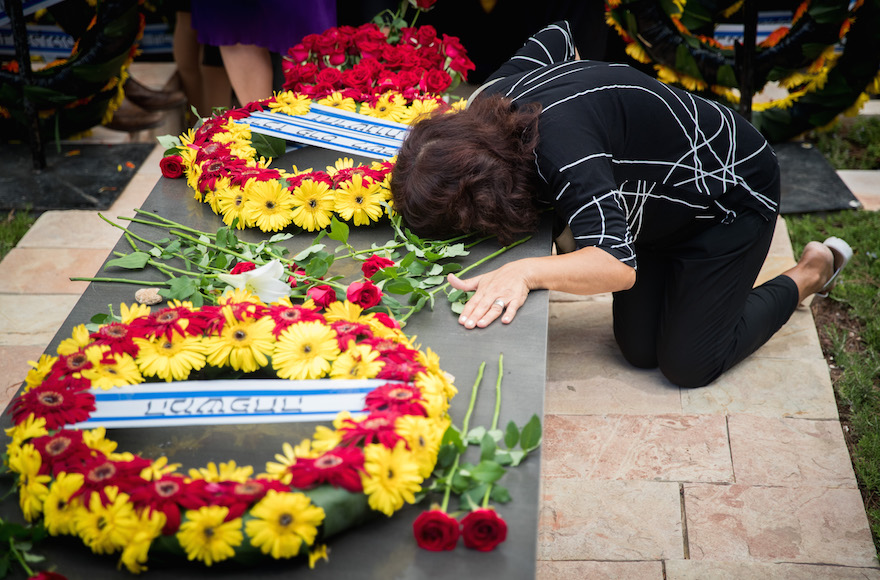 People paying their respects near the grave of late former Israeli President Shimon Peres during a ceremony marking one year since the death at Mount Herzl Cemetery in Jerusalem, Sept. 14, 2017. (Yonatan Sindel/Flash90)
Advertisement

JERUSALEM (JTA) — A state ceremony in Jerusalem marked the one-year anniversary of the death of Shimon Peres.

“His biggest dream – peace – my father did not get to see realized. My father knew that this dream would not bring recognition and acclaim. I ask you today to look at the future that he lays out in his autobiography. Here he explains that the battle for peace requires courage, even more so than the sacrifice of war. I ask, in the spirit of my father, that you don’t stop dreaming and daring, because it’s the best thing that could happen to our beloved country,” Peres’ son, Chemi, the chairman of the Board of the Peres Center, said during the ceremony.

Peres died at the age of 93, days after suffering a massive stroke.

Peres’ successor, Reuven Rivlin, also memorialized him. “We have not yet achieved peace and tranquility – we must act with determination to reduce the social gaps and to share with all citizens of Israel the right and responsibility to be part of this home – the home of all of us. You have left us much more to do, but the path you paved, the dream you spoke of, and most of all, your determination and faith, will be with this people for generations to come, and you will continue to be an advocate of all of us. May your memory be a blessing,” Rivlin said.