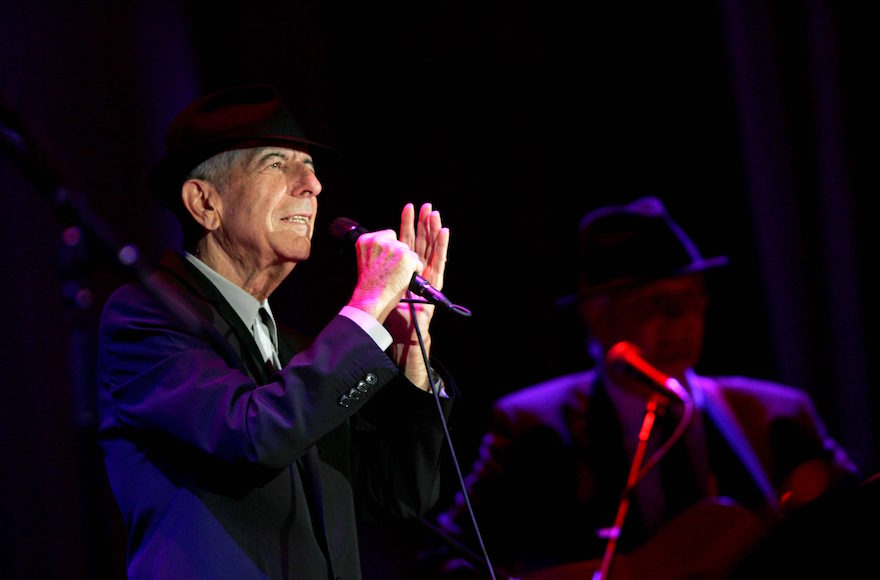 (JTA) — The family of singer-songwriter Leonard Cohen has announced a benefit concert in Montreal to mark the first anniversary of his death.

The concert, called “Tower of Song: A Memorial Tribute to Leonard Cohen,” will be held Nov. 6 in Cohen’s hometown, his family said Monday. It will benefit the Canada Council, which awards grants to Canadian arts projects, and helped Cohen in the early days of his career.

“There were so many groups of people expressing beautiful interest in commemorating and memorializing and paying tribute to my old man,” Cohen’s son, Adam, told Billboard. “Instead of having it be a whole bunch of candles burning in various places, we wanted to pull a bunch of disparate pieces together and make a big bonfire, a big sight on a hill.”

Cohen said his father wished to be buried in Montreal with a small memorial service, but gave his son permission to organize a large public event after his death with the condition that it be held in Montreal, the Montreal Gazette reported.

The event will be filmed for a TV special.