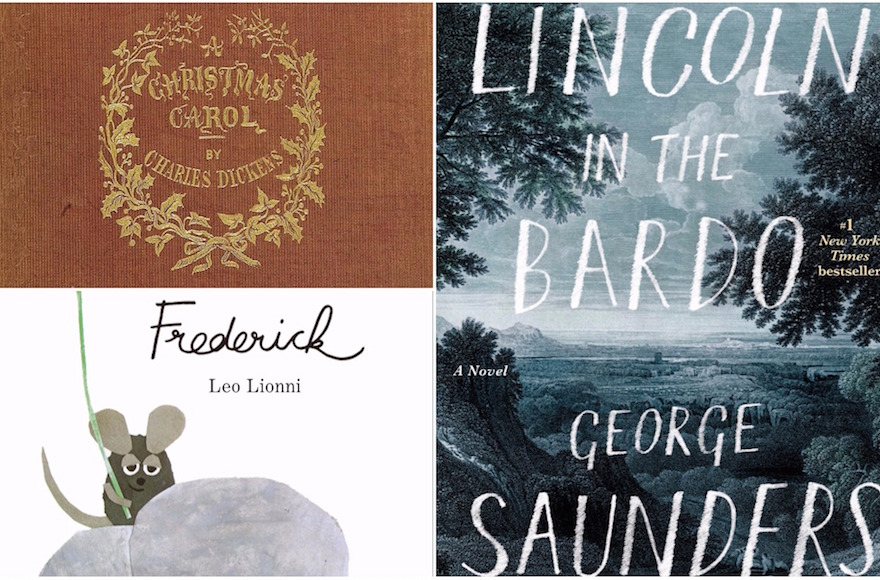 (JTA) — I know I am not the only one who brings a book to read in synagogue, especially during the marathon services of the High Holidays.

I don’t do it out of disrespect. I don’t make a big show out of it. (Sometimes I even take off the book jacket, which can transform a lurid potboiler into something that looks like a prayer book). And I don’t bring lurid potboilers, as I’ll explain in a moment.

Synagogue services, at least in my Conservative corner of the Jewish universe, tend to be long. And repetitive. And long. If you are the kind of person who can remain awake and attentive through all three hours of a typical Shabbat service (that swells to four hours on Rosh Hashanah and essentially all day on Yom Kippur), good for you.

But especially during Rosh Hashanah and Yom Kippur, when the main themes are repentance and renewal, the hard work of introspection can be undone by my restless, monkey mind. So if anything, a good book with an appropriately challenging message can keep me plugged into the services, as I toggle between the action in the room and the conversation literally close at hand. And no one can tell me it’s worse than napping.

The book has to have Jewish content, or at least deal with the themes of the day, or invite a dialogue with Jewish issues or tradition.

I asked my Facebook friends if they planned on bringing a book to services, and apparently they also set limits. Among a flood of excellent, unapologetic suggestions were a number that were pegged to the holidays. A few, including Ruth Messinger, former president of American Jewish World Service, enthusiastically recommended “Zen rabbi” Alan Lew’s now classic “This Is Real and You Are Completely Unprepared: The Days of Awe As A Journey of Transformation.” Others are looking forward to the brand-new “High Holiday Companion” from the faculty, students and alumni of Hebrew College. S.Y. Agnon’s “Days of Awe,” an anthology of High Holidays readings from the Jewish canon, is a perennial favorite. Rabbi Naomi Levy’s new book, “Einstein and the Rabbi,” offers what one reviewer calls “common-sensical suggestions to forge links to our better angels.”

My go-to guide is “The Jewish Way: Living the Holidays,” by Rabbi Irving “Yitz” Greenberg, which is deeply aware of how the traditional meaning of the Jewish holidays relates to contemporary sensibilities.

Others prefer fiction, which may seem frivolous or blasphemous unless you treat a novel or a short story as a kind of midrash, a parable or interpretation that expands on themes ripe for discovery in the tradition itself. A colleague recommended “Yom Kippur in Amsterdam,” a collection of short stories by the Moscow-born writer Maxim D. Shrayer, because its emigre characters tend to be searching for their authentic selves in ways that are wholly consonant with the High Holidays. I’ll often dip into Israeli writer Etgar Keret‘s fiction, perhaps because his short-short stories, like many by Kafka, have the allegorical feel of traditional midrash, and while ruthlessly secular, offer spiritual insights in unexpected bursts, like a prayer or hymn.

I’ve found some of the most effective and moving synagogue reading to be the kinds of books that seem — “davke,” as they say in Hebrew — to have nothing to do with Judaism or the holidays. My old friend Rabbi Steve Greenberg once recommended “A Christmas Carol” because, like Yom Kippur, it is about a 24-hour journey during which a protagonist is forced to confront his past and contemplate his future, and as a result vows to become his best self. Another rabbi friend, Daniel Brenner, insists that “the most Rosh Hashanah-themed book ever written” is “Frederick,” a children’s book by Leo Lionni. It’s the story of a dreamy field mouse who reminds his fellow rodents about the power of poetry and spiritual yearning. “It is about the transition that happens at the end of the harvest and the beginning of the winter,” explains Daniel. “It is about memory and carrying memories into the darkness.”

For Yom Kippur this year I am recommending “Lincoln in the Bardo,” George Saunders’ haunting (literally), lovely, weird and wonderful novel about love, death, limbo, sin, regret, mourning, redemption, community, purpose and atonement — all the big Yom Kippur themes. Set in Washington, D.C.’s Oak Hill Cemetery, it is ostensibly about a late night visit that Abraham Lincoln pays to the grave of his 11-year-old son, Willie, who died during Lincoln’s first term of what was probably typhus. The story is mainly told by the restless spirits who haunt the cemetery under the illusion that they aren’t really dead. Witnessing Lincoln’s grief, the guilt he feels in sending other parents’ children to war and his resolve to preserve the union, the spirits are paradoxically emboldened to face their own flaws and regrets and submit to their ultimate judgment.

As Yitz Greenberg writes, “the core paradigm of Rosh Hashanah-Yom Kippur is that of being on trial for one’s life.”

The “Bardo” in Saunders’ title is the Tibetan Buddhist name for the place between death and rebirth, another core paradigm of the Jewish Days of Awe. Alan Lew explains that during the 24 hours of Yom Kippur, “you rehearse your own death. You wear a shroud and, like a dead person, you neither eat nor drink nor fornicate. You summon the desperate strength of life’s last moments.”

Saunders’ novel moved me the way prayer is supposed to, more than suggesting that a good read is not a substitute for the important work of the holidays, but as an essential complement.