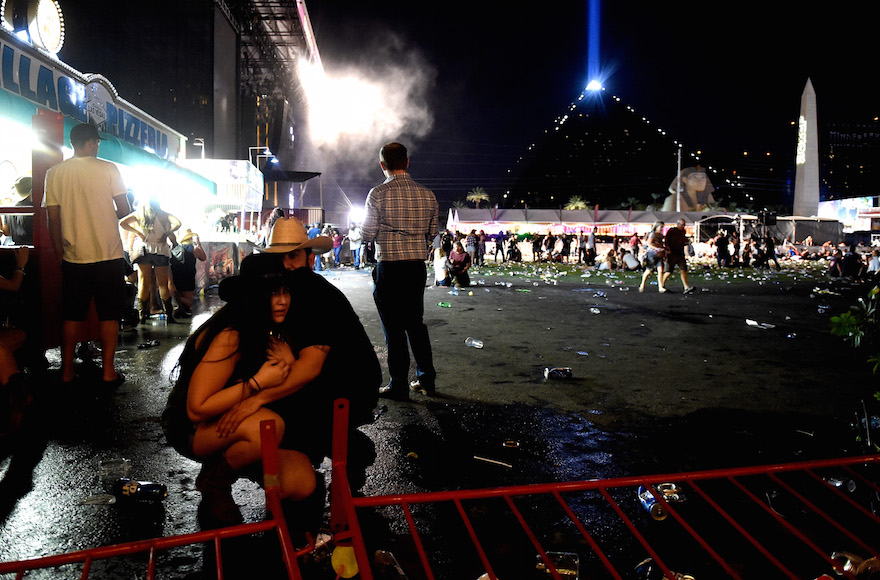 (JTA) — In the wake of the shooting Sunday night in Las Vegas that left at least 58 people dead, a New Jersey rabbi has used a Jewish poem as a vehicle to argue against gun violence.

Those who attended synagogue during the recent High Holidays likely chanted or read the “Unetanah Tokef,” which describes how God decides at the beginning of each Jewish New Year who will live and who will die.

“On Rosh Hashanah it is inscribed/ And on Yom Kippur it is sealed/ How many shall pass away and how many shall be born/ Who shall live and who shall die/ Who shall reach the end of his days and who shall not/ Who shall perish by water and who by fire,” reads the most recognizable part of the poem, which goes on to list different ways people can die.

The version by Rabbi Douglas Sagal of Temple Emanu-El, in the central New Jersey town of Westfield, substitutes gun models and makes for the causes of death: “who by full automatic fire, and who by semi auto; who by AR, and who by AK; who by pistol and who by revolver.”

But unlike the “Unetanah Tokef,” in which the reader is comforted to know that “repentance, prayer and righteousness avert the severe decree,” Sagal ends by saying that those actions “will do absolutely nothing to avert the decree, nothing, for our politicians are too frightened.”