Trump allegedly made anti-Semitic, racist comments while working on ‘The Apprentice’ 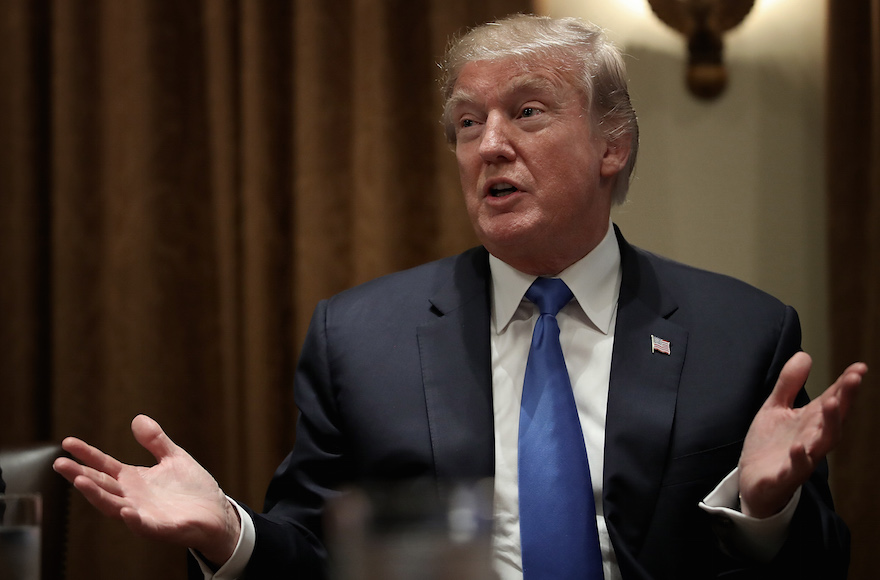 (JTA) — Anti-Jewish sentiment and other racism was a big part of the persona of Donald Trump when the future president starred on “The Apprentice,” one of the producers said.

Bill Pruitt told the National Public Radio podcast “Embedded” by Kelly McEvers on Thursday that after the first couple of shows of the reality series, Trump started saying inappropriate things during discussions about whom to fire.

Pruitt said it was “very much a racist issue” about African-Americans and Jewish people.

“When you heard these things, there’s the audible gasp that is quickly followed by a cough, kind of like [gasping], you know, and then [coughing] – yes, anyway, you know? And then you just sort of carry on,” he also told McEvers.

Pruitt, who worked on the show for two seasons, reportedly signed a non-disclosure agreement and thus could not go into too much detail, according to NPR. In October 2016, when revelations that then-candidate Trump had said he could grab women in a private place, Pruitt had tweeted, “I assure you, when it comes to the hashtag #TrumpTapes, there are far worse.”

The White House in response to the report called it “the same recycled and false attacks.”