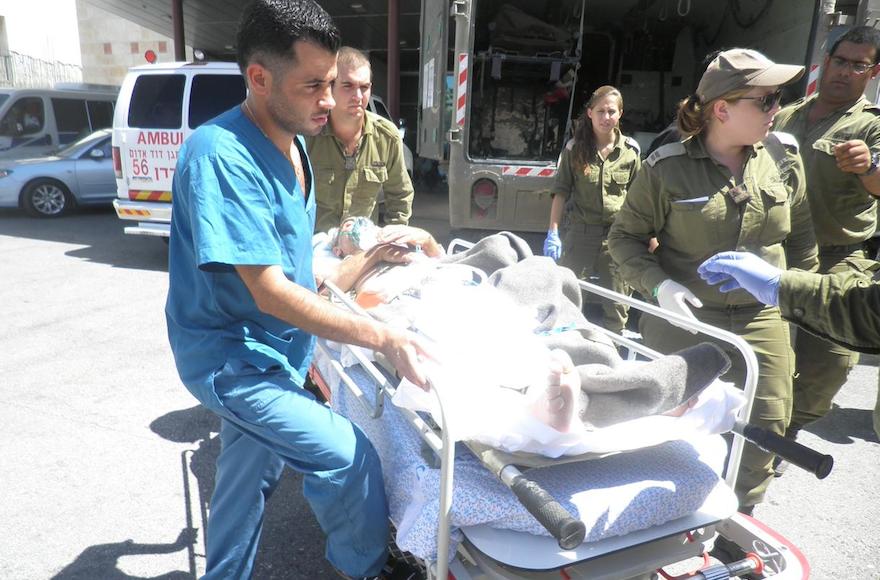 (JTA) — An Israeli philanthropist has made a six-figure grant to a hospital in northern Israel to fund treatment for Syrian children who have suffered hearing loss as a result of their country’s civil war.

Morris Kahn’s pilot grant to Ziv Medical Center in Safed is part of the Genesis Prize Foundation’s global initiative to aid refugee causes and encourage other Jewish foundations and philanthropists to do the same. The refugee focus was chosen by British sculptor Anish Kapoor, who was awarded the 2017 Genesis Prize, which honors leading cultural figures who have showed a dedication to the Jewish community and Jewish values.

According to Genesis, Ziv Medical Center has extensive experience treating wounded Syrian civilians. The hospital reports that one out of every three Syrian children from combat areas examined by Ziv’s hospital staff suffers from hearing loss. The children are provided testing, treatment, surgery and rehabilitation.

“We have treated more than 1,000 Syrians of all ages who needed our help over the past four years,” Salman Zarka, director of Ziv Hospital, said in a news release from Genesis. “It’s really important for me as a physician, as an Israeli, and as a human being.”

Kahn is a South African-born businessman and philanthropist who moved to Israel in 1956. He is the founder of the Coral World Underwater Observatory in Eilat and of Zalul, a nonprofit focused on cleanup and preservation of the seas and rivers in Israel.