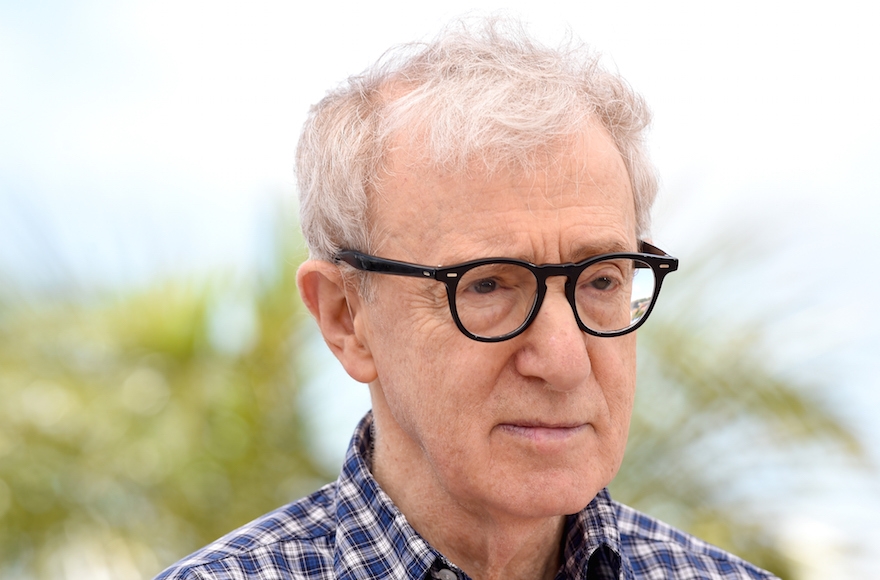 (JTA) — Filmmaker Woody Allen said he was “sad” for both Harvey Weinstein and his alleged victims and expressed hope that the scandal would not lead to a “witch hunt atmosphere.”

“The whole Harvey Weinstein thing is very sad for everybody involved,” he said in an interview with the BBC published Sunday. “Tragic for the poor women that were involved, sad for Harvey that his life is so messed up.

“There’s no winners in that, it’s just very, very sad and tragic for those poor women that had to go through that,” Allen said.

He added, “You also don’t want it to lead to a witch hunt atmosphere, a Salem atmosphere, where every guy in an office who winks at a woman is suddenly having to call a lawyer to defend himself. That’s not right either.”

Allen, who like Weinstein is Jewish, in the early 1990s was accused of abusing his daughter Dylan Farrow shortly after his separation from wife Mia Farrow. She divorced Allen after learning of his affair with her adopted daughter, Soon-Yi Previn, whom Allen married in 1997.

Allen has long denied the allegations.

Weinstein helped to revive Allen’s career after the alleged sex crimes came to light. He produced several of Allen’s films, including the Oscar-award winning “Mighty Aphrodite.”

Allen told the BBC he had heard “rumors” about Weinstein’s conduct, but said, “No one ever came to me or told me horror stories with any real seriousness.” He said he hoped the allegations of sexual harassment, sexual assault and rape first reported on Oct. 5 in the New York Times, would lead to “some amelioration.”

Allen’s son Ronan Farrow interviewed 13 women who said Weinstein sexually harassed or assaulted them and reported about it in the New Yorker.

Last week, on Oct. 8, Weinstein, 65, was fired from the movie production firm he started in 2005, The Weinstein Company. On Saturday, he was expelled from the Academy of Motion Picture Arts and Sciences.

Weinstein initially apologized for his behavior, but a spokesperson said Thursday that any “allegations of non-consensual sex are unequivocally denied by Mr Weinstein.”