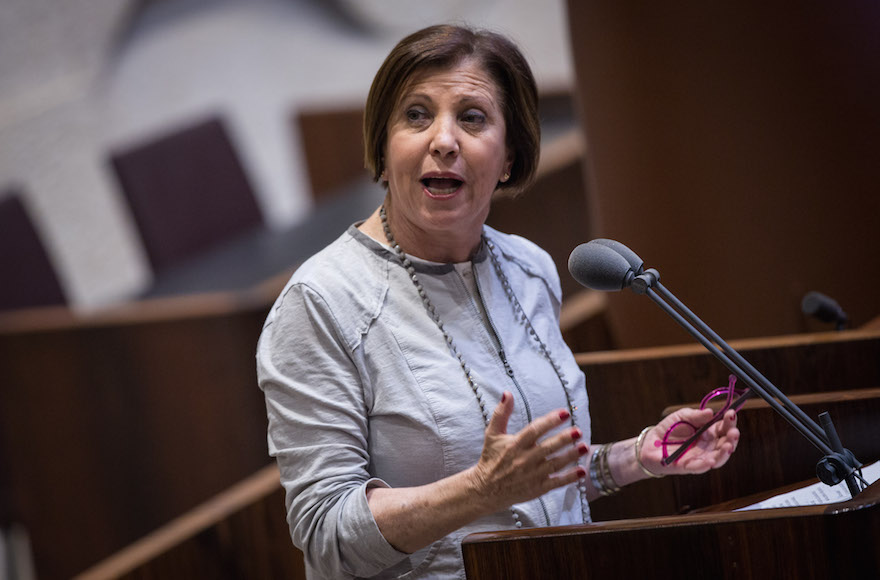 JERUSALEM (JTA) — Meretz leader Zehava Galon is resigning from the Knesset, saying the left-wing party must change to remain in existence.

Galon, who has served as the Meretz chair since 2012, made the announcement Wednesday after meeting with the parliament speaker, Yuli Edelstein. She said she will dedicate the next few months to strengthening the party and wanted to open Meretz to new people. To do so, Galon said, she would help the party change its internal election system, Ynet reported.

The party’s secretary-general, Mossi Raz, will succeed Galon. Meretz has five seats in the Knesset and sits in the opposition.

“I love the Knesset but I love Meretz more, and I know that if Meretz does not open itself up it will cease to exist,” she wrote. “The left is a much larger audience than the number of people who voted for Meretz. To fulfill that potential, Meretz must change.”

The Meretz Party had a high of 12 members of Knesset in 1992 when the party was formed and became the third largest party in Knesset. In the most recent, 2015 elections, Meretz earned four seats, and then a fifth after absentee and soldier ballots were counted. Soldiers and young supporters are who Galon plans to reach out to.