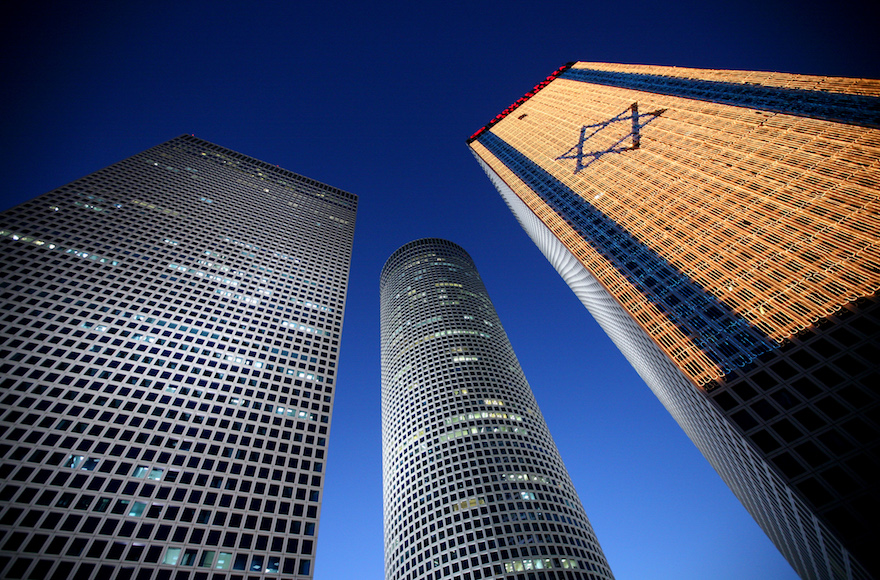 JERUSALEM (JTA) — Israel’s multibillion-dollar binary options industry, which has scammed millions around the world over the past decade, is out of business.

On Monday, the Knesset unanimously passed a law to ban the industry, with 53 votes in favor and none against. By the time the measure goes into effect in three months, all binary options firms will have to shutter. Individuals who stay involved in the industry will face up to two years in jail.

“We worry about the BDS movement,” Knesset member Rachel Azaria of the Kulanu party said in her introduction to the law. “This industry has a huge impact on how Israel is viewed throughout the world. Our government officials go to international conferences and their colleagues abroad raise their eyebrows because of this industry.”

According to The Times of Israel, whose dogged English-language reporting on binary options pushed officials to take action, the binary options industry in Israel has brought in up to $10 billion a year over the past decade. Hundreds of local companies have defrauded millions of people worldwide.

Only a handful of Israelis have been arrested for binary options fraud, and none have been indicted, even as international law enforcement against the industry has ramped up. In August, Israel Police Superintendent Gabi Biton said Israeli organized crime was being massively enriched and strengthened because of law enforcement’s failure to grasp the scope of the problem.

Binary options are marketed as a financial instrument that can yield big returns fast. The companies’ websites allow clients to place bets on whether a commodity, like a stock or trading index, will increase or decrease in value over a short time period. In most cases, though, clients lose all or nearly all the money they invested because the game is rigged.

Salespeople regularly use false identities and misrepresent their location, credentials and product.

A Hong Kong woman who asked to remain anonymous lost about $10 million to an Israel-based binary options company over the past two years. Aggressive and dishonest salespeople bilked her of her life savings, the unmarried retiree said, as well as millions of dollars lent by family and friends.

“The cost is not just money. I lost my peace of mind. I’m very jumpy. My health has deteriorated,” she told JTA in April. “The burden of having to repay my family is weighing on me every day.”

A view of the Israeli parliament in session in 2016. (Yonatan Sindel/Flash90

In 2016, responding to The Times of Israel’s work, Israeli leaders began to call for action. In August, Jewish Agency head Natan Sharansky urged the government to shutter the “repugnant, immoral” industry. In October, Prime Minister Benjamin Netanyahu’s office advocated a worldwide ban on its “unscrupulous” practices.

Early this year, the Knesset’s State Control Committee held a series of sessions to discuss how to stop binary options fraud. Soon after, Israel Securities Authority Chairman Shmuel Hauser drafted legislation that would have outlawed not only binary options companies, but also those involved in the foreign exchange market, or Forex, and CFD financial instruments.

Heavy pressure from the binary options industry and lobbyists on its behalf failed to stop passage of the new law, but it was narrowed to leave out the other investments.

Israeli opponents of the industry welcomed the Knesset action.

Yossy Haezrachy, a partner at the Friedman-Haezrachy law firm in Tel Aviv, said the law, though too long in coming, would aid his pursuit of justice for victims of binary options fraud.

“I think it has an effect on the judicial system,” he said. “The passage of the bill shows judges that a major part of this industry in fraudulent.”

However, Austin Smith, the founder of Wealth Recovery International, a company that reclaims money for binary options victims, called the law “total garbage.” He said it left scammers free to shift into new rackets without answering for their past wrongdoing.

“It’s more a political talking point than actually something with teeth that’s going to stop more fraud from being perpetrated,” he said. “It also does nothing to help victims of fraud recover any of their money.”

Smith said he is working with attorneys around the world to track the heads of binary options companies as they open operations in Cyprus and other countries and move into industries like diamond sales, cryptocurrencies and predatory business loans.