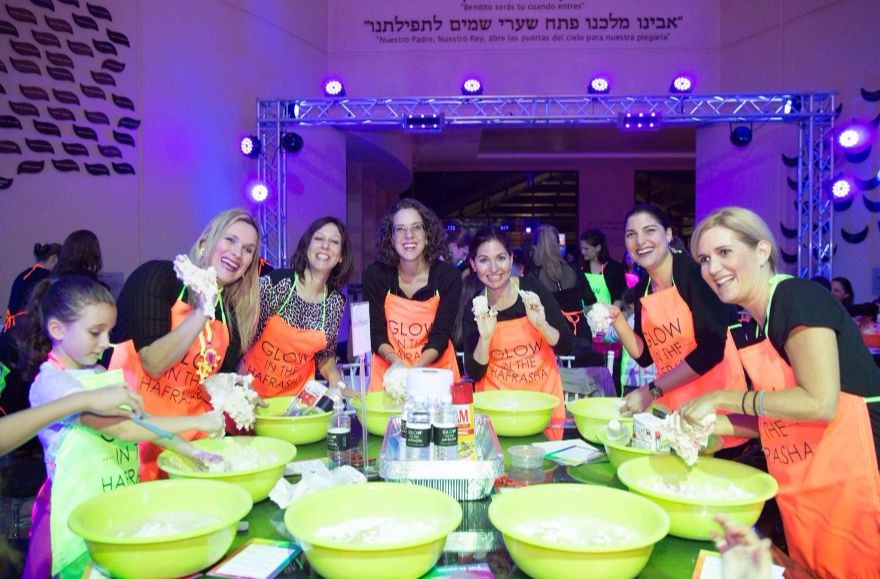 (JTA) — More than one million people in 97 countries around the world participated in the 5th annual Shabbat Project.

Some 1,416 cities around the world, up from 1,152 cities last year, held activities surrounding the 25 hours of Shabbat on Oct. 27 and Oct. 28. Some 586 of the participating cities were located in the United States. Another more than 300 cities and small communities throughout Israel participated in the Shabbat Project. Meanwhile, countries such as Mozambique, Cyprus, Paraguay and Venezuela hosted Shabbat Project events for the first time

“The response from around the world has been overwhelming and heart-warming, and shows the remarkable depth and reach of The Shabbat Project,” said South African Chief Rabbi Dr. Warren Goldstein, the founder and director of The Shabbat Project, in a statement. “There has been a great outpouring of joy and excitement, with so many people touched in deeply personal ways. Such a visceral reaction demonstrates that the ideas of Jewish unity and Shabbat are compelling to Jews from all walks of life.”

“Each year, more and more Jews are coming together across every conceivable divide—language, culture, ethnicity, geography, and observance—to enjoy the simple, yet profound gifts of Shabbat. The Shabbat Project is uniting world Jewry by getting us back to the basics,” he also said.

Events included: 1,000 Israelis eating dinner in a shipping hanger in Tel Aviv; a tour group of 30 people from around the world deciding to keep a full Shabbat together in Marrakesh, Morocco; 3,000 at an open-air musical Kabbalat Shabbat overlooking Australia’s Sydney Harbour Bridge; an interfaith unity bake bringing together Muslim and Jewish children at a local preschool in nearby Woolahra, a Sydney suburb; the lone Jew serving in an army regiment in Abuja, Nigeria who kept Shabbat with the rest of the Jewish world; 750 people at a free block-party Shabbat luncheon served in a parking lot in Toco Hills, Georgia; and two South African expats keeping Shabbat together in Amman, Jordan.

Other events included hundreds of Jewish teenagers brought together by the EnerJew youth movement to celebrate Shabbat in 40 cities in the Former Soviet Union; the “Dark Tisches” – Friday night meditative gatherings held in total darkness – in venues across Johannesburg and Cape Town; and a binational challah bake which brought together the communities of Tijuana, Mexico and South County, South Dakota.

Hundreds of communities also hosted challah bakes in the days leading up to the Shabbat, attracting dozens to hundreds of participants.

To coordinate the global initiative, a centralized team worked with around 8,000 volunteer partners worldwide – up from 6,000 partners in 2016. At the Shabbat Project headquarters in Johannesburg, a team of designers, copywriters and campaign strategists worked to custom-design marketing and educational materials for hundreds of cities. Eight separate help desks at the international call center in Tel Aviv fielded tens of thousands of calls and emails in 10 different languages. A Facebook campaign reached some 5.2 million people worldwide, according to the project.