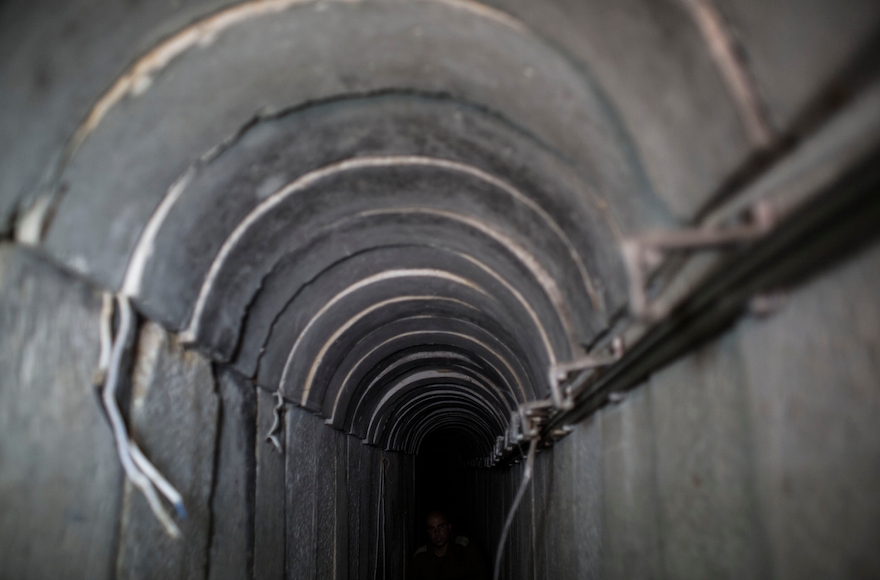 JERUSALEM (JTA) — The Israel Defense Forces blew up a terrorist tunnel that stretched from Khan Younis in Gaza to Israel.

The tunnel, which ended in Israel near the border with Gaza, is believed to have been dug after the 2014 Gaza war.

At least seven Gazan Palestinians were killed and another 11 injured in the controlled explosion, according to reports citing the Gaza Health Ministry.

Most of the dead are members of the terrorist organization Islamic Jihad, which has threatened retaliation. They were in the tunnel at the time of Israel’s planned explosion. The tunnel was under “active construction” at the time of its demolition.

BREAKING: Moments ago, the IDF neutralized a Gazan terror tunnel inside Israel from Khan Younis – a grave violation of Israeli sovereignty pic.twitter.com/WlfdrnbiZb

“This is a blatant violation of Israeli sovereignty, a situation that cannot be accepted and in light of which the IDF acted,” said IDF Spokesperson Brig.-Gen. Ronen Manlis. He said that the tunnel was not a threat and had been under surveillance for some time.

“The IDF will continue to use all the means at its disposal, above and below ground, to thwart attempts to harm the residents of the State of Israel and to maintain the relative quiet in the area that was achieved after Operation Cast Lead. The IDF does not intend to deteriorate the situation, but we are prepared for a variety of scenarios,” he said.

The IDF said it holds Hamas responsible for all terror activity emanating from the Gaza Strip.

Earlier this month a Hamas terror tunnel was discovered under a United Nations school in Gaza. The school was immediately closed and the tunnel sealed, according to the United Nations Relief and Works Agency for Palestine Refugees, which runs the school, and Israeli authorities were notified.