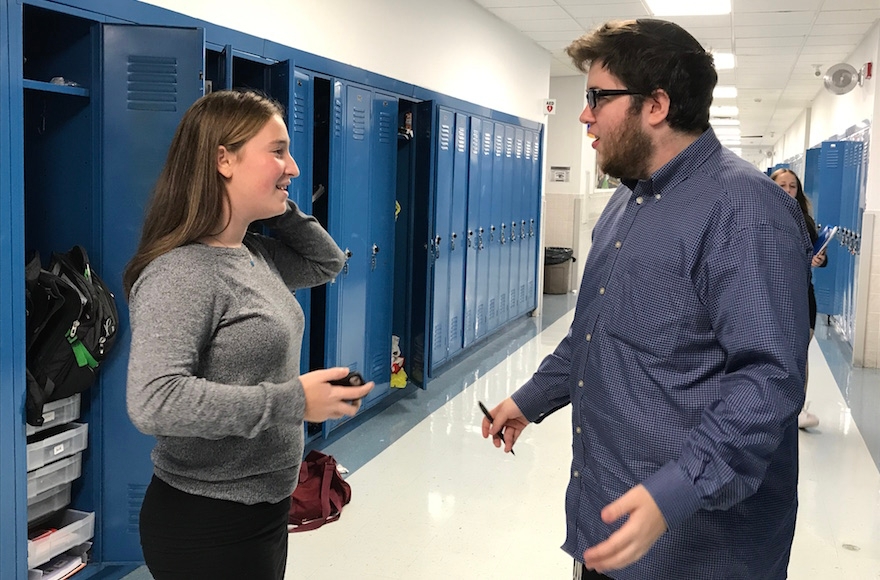 At a New Jersey Jewish high school named for the paternal grandmother of President Trump’s son-in-law, Jared Kushner, the head of school says he tries to ensure that students with different perspectives can have a dialogue with each other. (Courtesy of Rae Kushner Yeshiva High School)
Advertisement

When head of school Avi Baran Munro went to work the morning after last year’s presidential election, she wasn’t sure exactly how students at her Pittsburgh Jewish day school would handle the news – and their own political divisions.

Many eighth-graders whose families voted Democratic showed up at the Community Day School fearful of what might happen to their immigrant family members and friends, she recalled. Meanwhile, an outnumbered minority of Donald Trump supporters wondered if they would be stigmatized for their political views.

Rather than carry on as usual, their teacher, Cara Shuckett, gave the students time to go for a walk or write privately about their feelings. Afterward, they were invited to share their thoughts. A few days later, some students thanked Shuckett for providing the emotional space.

In thinking about that day, Munro said the guiding principle was not to tell the students how to react, but to teach them how to listen with respect.

“It’s like a fire drill,” Munro said. “When you practice listening respectfully, you learn to respect others’ rights to have a conversation and you try to hear the voice behind the opinion. We work on this all the time, so when we needed it, it was happening.”

In these politically turbulent and divisive times, many Jewish day schools are emphasizing inclusion as a way to avoid partisanship without ignoring politics. Others are seizing on the opportunity to teach the value of honest debate, respectful disagreement and engaging with those who are different.

“It’s not about politics themselves, but finding teachable moments for students,” said Paul Bernstein, CEO of Prizmah, an organization that advises and connects Jewish day schools across North America. “Every school I’ve seen is working hard to be inclusive of different points of view, and a lot of that means using current events to foster nuanced conversations among students.”

Ben Mann, head of school at the Solomon Schechter School of Manhattan, said that means taking inevitable student questions or concerns about current events and using them as opportunities to build better citizens.

“We take a stance of Jewish values,” Mann said. “We don’t advocate a particular policy. Instead we say, ‘We believe in helping the disadvantaged. We take that seriously.’ Or, ‘We believe in feeding the hungry and healing the sick.’”

In some cases, the divisive political climate has prompted schools to steer clear of politics in ways they normally wouldn’t. Nancy Leaderman, head of the Shalom School in Sacramento, California, said her school for the first time did not hold a mock election or mock debates last year. Amid a campaign marked by vitriol toward immigrants and discussion of the Republican candidate’s lewd behavior, she feared a mock debate would set up the kids to debate issues and take positions best not aired in school.

At the same time, it has been hard to ignore the news over the last year and its impact on students. Leaderman said the school tries hard to strike the right balance.

“If students wanted to say a prayer specifically for victims of a shooting, of course we would have let them,” she said. “But we know that plenty of parents don’t want their younger kids watching the news, and we have to respect that. Our parents and families look to our school not for political or ideological guidance, but for comfort. I think people want to hear a message of hope among tremendous stress.”

At the Rae Kushner Yeshiva High School — a Modern Orthodox school in Livingston, New Jersey, named for the paternal grandmother of Jared Kushner, President Trump’s son-in-law and senior adviser – there is a diversity of viewpoints when it comes to Washington politics. The head of school, Rabbi Eliezer Rubin, says his job is to ensure that students with divergent perspectives can have a dialogue with each other. 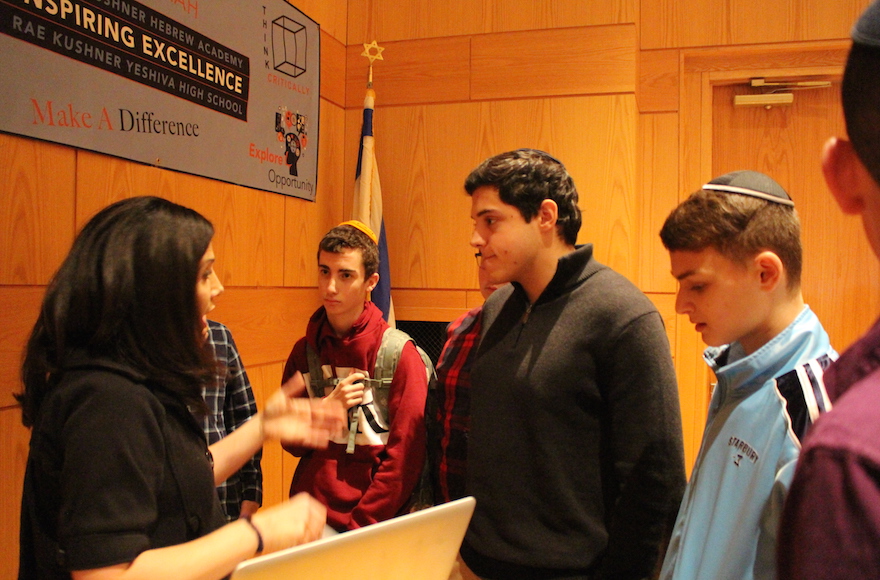 The school has a weekly series of speakers that feature individuals with strongly held views that might be outside many students’ comfort zones, including gun control, Israeli politics and the experiences of racial minorities. Each speaker is followed a week later by someone who holds an opposing viewpoint. In between, the students are asked not to debate the subject, but to think about it and hear out the other side.

One week the school brought in Rabbi Dovid Bendory, the self-described “Gun Rabbi,” and the following week hosted Mandi Perlmutter, former leader of the New Jersey chapter of Moms Demand Action for Gun Sense in America.

“Conversations, even if emphatic and passionate, were in the spirit of healthy debate,” Rubin said. “The school is subtly and implicitly promoting broader dialogue. I think that’s had a transformative effect in how students listen to the perspectives of others.”

Rubin said he has received no pressure from parents or the school board over any speaker or viewpoint presented, even regarding Israel, and that parents are “very comfortable” with the school’s approach to divisive issues.

This is unusual. Across denominations, many schools report far more divisiveness among parents over how they teach Israeli politics than American politics.

“We have more questions like ‘Is the Green Line on your maps?’ or ‘Are you using the AIPAC curriculum?’ than anything related to American politics,” Leaderman said. The Green Line demarcates the pre-1967 border separating Israel from the West Bank.

Rabbi Harry Pell, associate head of school for Jewish life and learning at the Solomon Schechter School of Westchester, just outside New York City, said parents occasionally take issue with how a current topic is presented in class.

“The most helpful thing we can do is not to try to convince the parent of something he or she doesn’t believe, but to help them see why other points of view may also have some validity, or at least why others might come to different conclusions,” Pell said. “We may focus on this as a skill we teach to kids, but it applies just as much to adults and is sorely needed in today’s word.”

Yossi Prager, North American director of the Avi Chai Foundation, says the concept of respectful debate has its roots in the Talmud.

Prizmah’s Bernstein said it’s important that what schools teach about respectful dialogue be reinforced at home.

“How do you engage with other families that you may disagree with?” he said. “Many schools are trying to get that message across, not least because they see the school community as students, parents and teachers together.”