Limos, tours led by the prime minister: 3 millionth visitor to Israel this year gets the VIP treatment 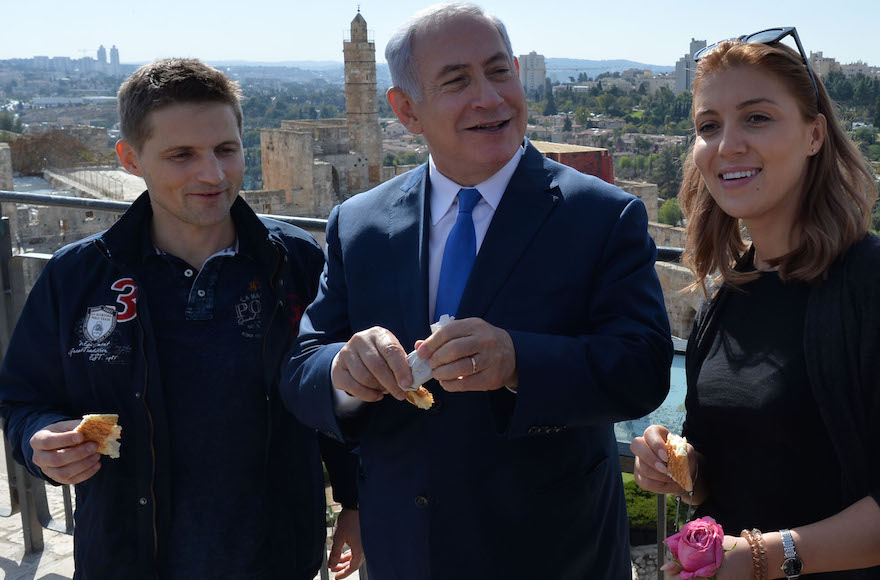 JERUSALEM (JTA) — Israel welcomed its 3 millionth tourist this year, continuing to bypass its record for visitors set just a year ago.

Ioana Isac, 31, of Romania, who landed in Israel on Tuesday morning with her partner Mihai Georgescu, was welcomed in the arrival hall of Ben Gurion Airport by Tourism Minister Yariv Levin, a red carpet, balloons and flowers.

“This is a special day and an historic milestone as we break the 3 million-tourist barrier and set a new all-time record,” Levin said. “We are set to end the year with an amazing achievement, the likes of which have never been reached since the establishment of the state.”

The couple were escorted to a waiting limousine, given an upgrade in their vacation, including the limo, a special hotel suite, a helicopter tour, a Dead Sea trip and a private dinner prepared by Israeli chef Nir Tzuk in his home.

Later in the day they arrived at the Tower of David Museum in Jerusalem and discovered that their tour guide was Prime Minister Benjamin Netanyahu.