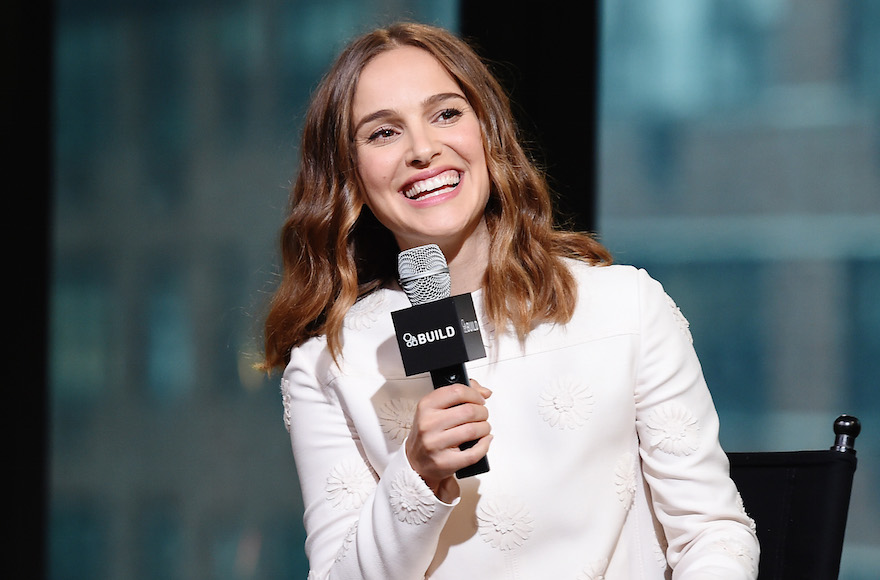 (JTA) — Natalie Portman, a celebrated actress, director and social activist, was named the winner of the 2018 Genesis Prize.

The Genesis Prize Foundation announced Portman as the recipient of the so-called Jewish Nobel on Tuesday.

She joins artist Anish Kapoor, violinist Itzhak Perlman, former New York City Mayor Michael Bloomberg and actor-director Michael Douglas as winners of the $1 million prize, which honors individuals who serve as an inspiration to the next generation of Jews through their outstanding professional achievement along with their commitment to Jewish values and the Jewish people.

Portman’s prize money will go to programs that focus on advancing women’s equality. The funds will be used for grants to organizations involved in promoting women’s educational opportunities, economic advancement, health and safety, and full participation in policy formulation and political activity. A significant portion of the funds will go to programs advancing women’s equality in Israel, the foundation said in a statement.

Portman was born in Israel and, after moving to the United States as a child, retained a close connection to her Jewish and Israeli roots. She is a noted social activist in such areas as gender equality, combating poverty, microfinance and animal rights.

She began her acting career at 12 and began directing in recent years. She has won multiple prestigious awards, including an Academy Award, two Golden Globes, the British Academy of Film and Television Award, and other industry honors. In 2015, she directed “A Tale of Love and Darkness,” a Hebrew-language film made in Israel and based on the novel by Israeli writer Amos Oz, in which she also played a starring role.

“Natalie’s charismatic on-screen presence has touched the hearts of millions,” Stan Polovets, co-founder and chairman of the Genesis Prize Foundation, said in a statement. “Her talent, her commitment to social causes and her deep connection to her Jewish and Israeli roots are greatly admired. She exemplifies the core traits of the Jewish character and values of the Jewish people – persistence and hard work, pursuit of excellence, intellectual curiosity, and a heartfelt desire to contribute to making the world a better place. Without a doubt, she is a role model for millions of young Jews around the world.”

Portman, who in the statement said she is “proud of my Israeli roots and Jewish heritage,” will be honored at a ceremony in Jerusalem in June.

The foundation was endowed by the Genesis Philanthropy Group, a consortium of wealthy philanthropists and businessmen from the former Soviet Union.